I have been a regular viewer of One Born Every Minute since the series began. It has made no difference whether I have been pregnant or not at the time, I find it compelling viewing and I see that I am not alone with the amount of hype the programme gets every week it is aired. 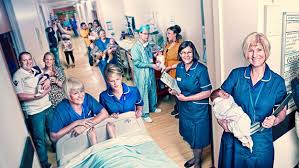 NetMums are doing a blogging prompt every week and this week the theme is ‘Pain’. I love reading birth stories as I always find them fascinating and it’s natural for Mum’s to want to relate to others as well as compare the differences and how we each coped.

I was eventually induced into labour when Beastie was graciously 11 days late. By then I was beside myself with waiting and had tried most of the tricks in the book to trigger labour but to no avail. Sunday the 29th of March 2009 was the date I was booked in for my induction and I was so excited for the end to be in sight and to meet my little boy, it was even better that they were fully booked on the Monday so I had to go in a day earlier. Having had my bag packed since 30 weeks (I know crazy) we were all good to go with my TENS machine in tow. My contractions actually started late Saturday night but I wasn’t entirely sure what they were, come Sunday morning we realised that they were in fact contractions as they were so frequent. It sounds so ridiculous now but I disregarded these surging feelings up the front of my bump to be non specific, having assumed that I would get back pain. I never got back pain, so it threw me. I was also concerned that they might not induce me if they knew I was having contractions and ask me to stay at home, there was no way in hell that was happening, so we trundled off to the maternity unit for 11 am. Once there we settled in and I attached the TENS machine. The contractions were getting stronger and I found fiddling with the machine to be a great distraction as well as it actually helping somewhat. I remember sitting in the toilet after being caught out by a contraction and having a moment of panic, thinking what on earth have I done? I can’t go back now! This was the fear of the unknown.

I was examined by a midwife and found that I was dilated by 3 cms and wouldn’t need a prostin pessary (to soften my cervix). I had the choice of labouring throughout the rest of the day/night or I could wait until a bed became available on the labour ward where they would break my waters and attach me to the syntocinon infusion (to induce labour). I was fed up with being overdue by this point and was no longer concerned that being induced was going to a lot more full on than labouring naturally, I was ready to tackle it head on. So we agreed we would take a room when one was available. By 6 pm I was in the labour suite and had had my waters broken. I was then positioned on a birthing ball where more of my waters came away, gushing all over the ball and everywhere imaginable. I had never imagined that there would be so much water in there. Shortly after this my contractions became much more intense.

So my birth plan consisted mainly of the ideal birth scenario. I would use gas and air where necessary and possibly opt for pethidine if needed. I didn’t want an epidural and I was adamant that forceps would not come within 100 feet of me. I didn’t consider myself a wimp or that I had a low pain threshold so I thought that these options would be feasible if all went to plan. We hadn’t attended any NCT classes in our local area because we thought they were quite expensive but we had paid to visit a midwife at her home for a private session. She was brilliant and went through all the aspects we needed to know, without a breathing exercise in sight. We felt prepared (as you can be) for dealing with labour.

I wasn’t prepared however for the intensity of the contractions once my waters were broken and the syntocinon drip commenced. I was sat in a chair looking out the window having another moment thinking ‘this is a living nightmare’ when the midwife suggested that I might need an epidural. I said no and she continued to explain that no one will give you a medal for going without pain relief and that it was obvious I needed it. I still remember what I was doing but it’s my Mum’s recollections that stick in my mind now. She said that I was tensing up so much with each contraction that I wasn’t able to deal with them easily, I was so adamant I didn’t want an epidural that I couldn’t see what was best for me. This is where my husband and Mum helped and with a stroke of luck the anaesthetist on call was able to come generic cialis names straight away. I didn’t feel the epidural itself being inserted but the most uncomfortable aspect was trying to lean forward from a sitting position on the bed with a massive bump in the way, whilst waiting for contractions to pass. I quite often pull my neck from time to time and it’s agony and the position I was sat in was putting strain on my neck. I made more of a fuss of that than anything else! Once that was in I was bed bound.

It soon became apparent thoughout labour that every time they increased the drip Beastie’s heart rate would decelerate, showing signs of distress. My drip ran at such a ridiculousy low rate compared to what they usually run at that I was making extremely slow progress. All the while my epidural block wasn’t working properly and I could feel the immense bearing down pressure during contractions, so much so that I needed gas and air to help me along resulting in a couple of vomit bowls as well. In my little bubble I remember my Husband and Mum becoming concerned about the rate of Beastie’s heart rate as they sat and watched the monitor. As the midwives were concerned too about this they attached a monitor to the top of Beastie’s head to keep better track of his heart rate but they kept losing the readings and had to re attach a further two times before they realised it wasn’t attached properly at the monitor end. Luckily his head showed no marks! After several 4 hour intervals for examinations they realised that I wasn’t going to progress any further because the umbilical cord was wrapped around his neck. 12 hours from when it all started it was then decided that the only option was to have an emergency section. I was so grateful for my epidural being in place as this simply meant that it could be topped up for theatre.

I am a recovery nurse by profession and it was the strangest feeling being wheeled into my workplace and seeing familiar faces. I had watched  a few caesareans in the past and I monitor epidural blocks on patients most days at work but nothing prepared me for the terror I felt. I was convinced that I would feel the surgeons knife and that my mind was tricking me as to whether I could feel sensation or not. People had warned me that it would feel like somebody washing up inside you and it was a pretty good description, with lots of tugging and pulling and in my case waiting for something to hurt, for which it never did. Finally at 6.40 am Beastie was born and my birth story was complete.

So I didn’t experience the stinging pain of a baby crowning, reach the final throws of labour or require an episiotomy or worse but my baby was born safe and well. However my story wasn’t to end there. A few days after my caesarean I had the stitches removed only for part of the stitch to snap off in the middle of my incision. The registrar who removed it wasn’t worried at the time and assured me that it would cause no harm staying put as that was what they had stitched my uterus up with. It wasn’t ideal but I figured that it didn’t matter seeing as nobody would be able to see it buried beneath my skin. This was until a few days later when my scar wasn’t healing as nicely as it should.

A fair few women experience infections in their scars and I thought that I was just unlucky. A couple of areas on my wound were oozing a little and I was given antibiotics, until a few days later I noticed that they looked like they were going to open up completely. I was taken back onto to the labour ward where a doctor proceeded to probe the wound and had to be stopped by the midwife who pointed out that I had no pain relief. It was a toe curling moment to say the least. The next day they called me in as they had decided that I would need to have the stray stitch removed in theatre as it had caused the infection. I was prepped for theatre to have it removed under local anaesthetic. At the time my only concern was to not be parted from Beastie for too long as I was breastfeeding, so my husband waited on the labour ward with him whilst I went to theatre. Having the stitch removed was agony but I gritted my teeth through the local anaesthetic being injected and I refused to have sedation, as I knew I wouldn’t be able to feed my son straight away. My saving grace was the midwife who accompanied me to hold my hand throughout the procedure, she talked about such nonsense but she knew it would help distract me.

Who knows what is in store for me with this next baby but all I know is that I will do all that I can do at the time and I will cope with it, as that’s what we do as it’s natures way. 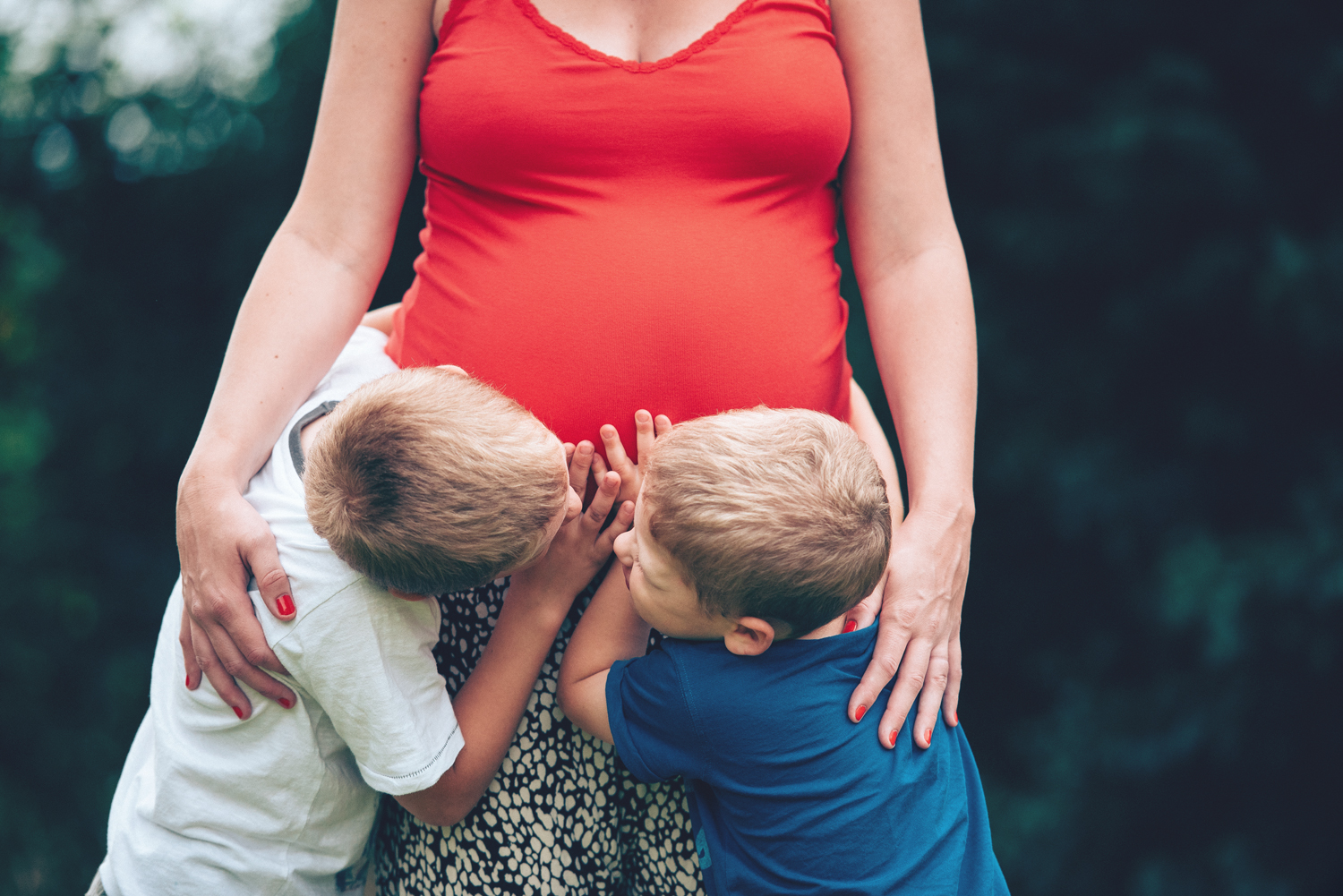