Back in December, we embarked on a Christmas holiday of a lifetime, when we travelled to Italy for a week of skiing fun. If this is something that you’re thinking of doing and are novices like we were, then I hope that I might be able to impart some of our knowledge onto you, so you feel a little more prepared when you go.

I must admit that a skiing holiday had never really been on my radar in the past. The main reasons being that I would always opt for a hot holiday over a cold holiday and the fact that the cost of a skiing trip would mean that a sunshine break would have to be sacrificed – and that’s a biggy for me. Other factors included the fact that none of us had any skiing experience (apart from Alex who tried a dry ski slope once as a kid) and that I broke my ankle many years ago and I felt that skiing might not be the best idea for me, coupled with my poor agility and fear! It’s not to say that I hadn’t always been intrigued about what a skiing holiday entailed.

Then we were asked by Crystal Ski if we would like to spend a week in Passo Tonale filming our adventures as first time skiers, so we knew that it was our chance to see what it’s all about and my husband couldn’t have been more thrilled as this was definitely a tick on his bucket list. 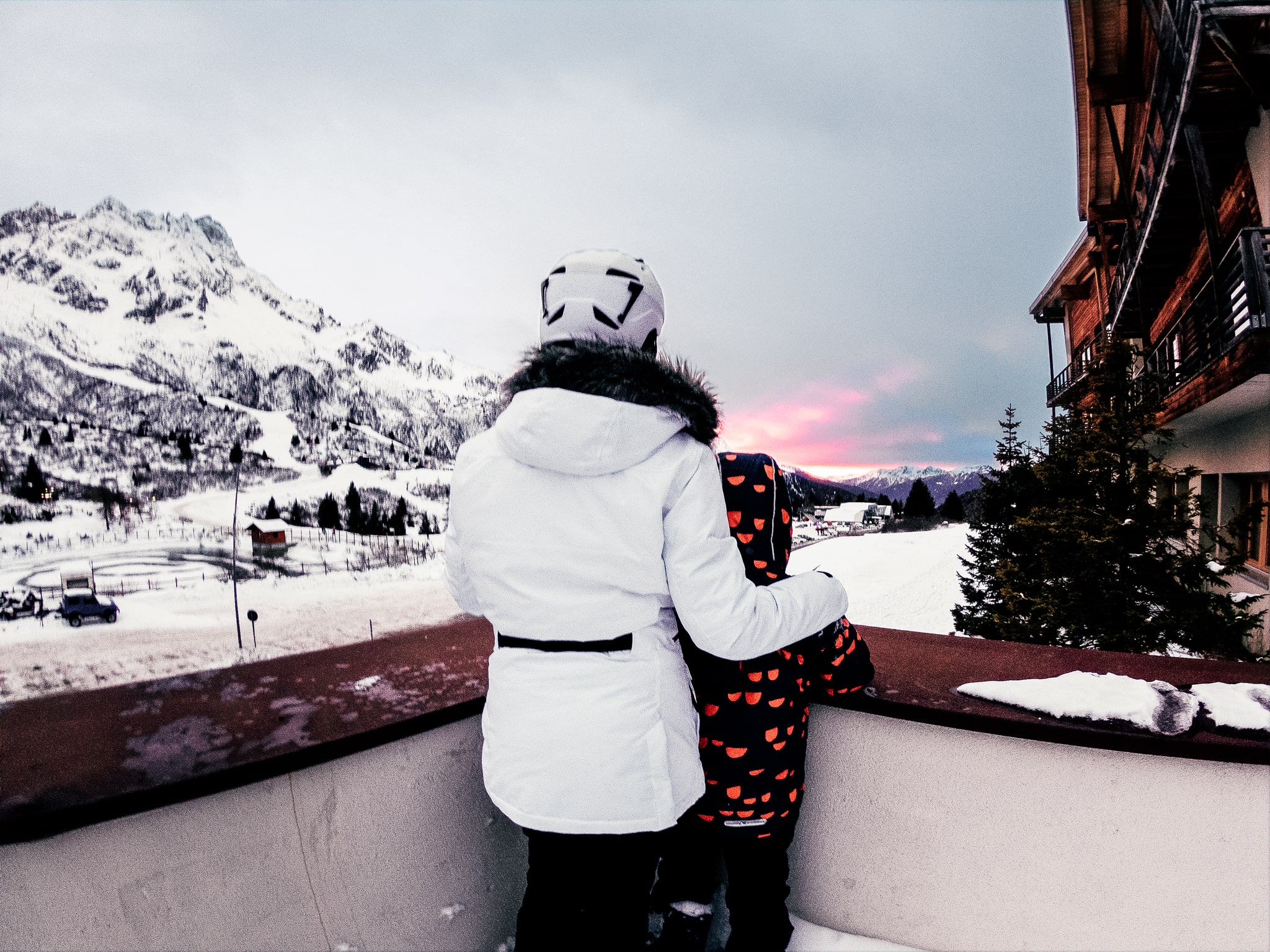 The whole concept was completely new to us and we spent a fair bit of time researching what on earth we would need to get so that we would be suitably kitted out. I would say that we took everything we needed and more but it wasn’t until we were there that we discovered some things that we simply didn’t know before.

Ski wear is for the most part expensive, although Lidl and Aldi often stock up on ski essentials that are a fraction of the price you’ll pay elsewhere (bearing in mind that the quality isn’t as good with some of the gear). We were fortunate that Tog24, Helly Hansen, Muddy Puddles, Dakine and Cebe gifted us most of our gear to feature, so that really took away the excessive cost factor for us.

When you think of going out in the snow, you think ‘it’s going to be freezing’. We knew that base layers would be an essential part of our clothing and we found them to be so warm that we didn’t need to wear anything else underneath our coats. So arm yourself with a few sets if you can but take some detergent with you if you want to give them a quick wash through in your accommodation, between wears. 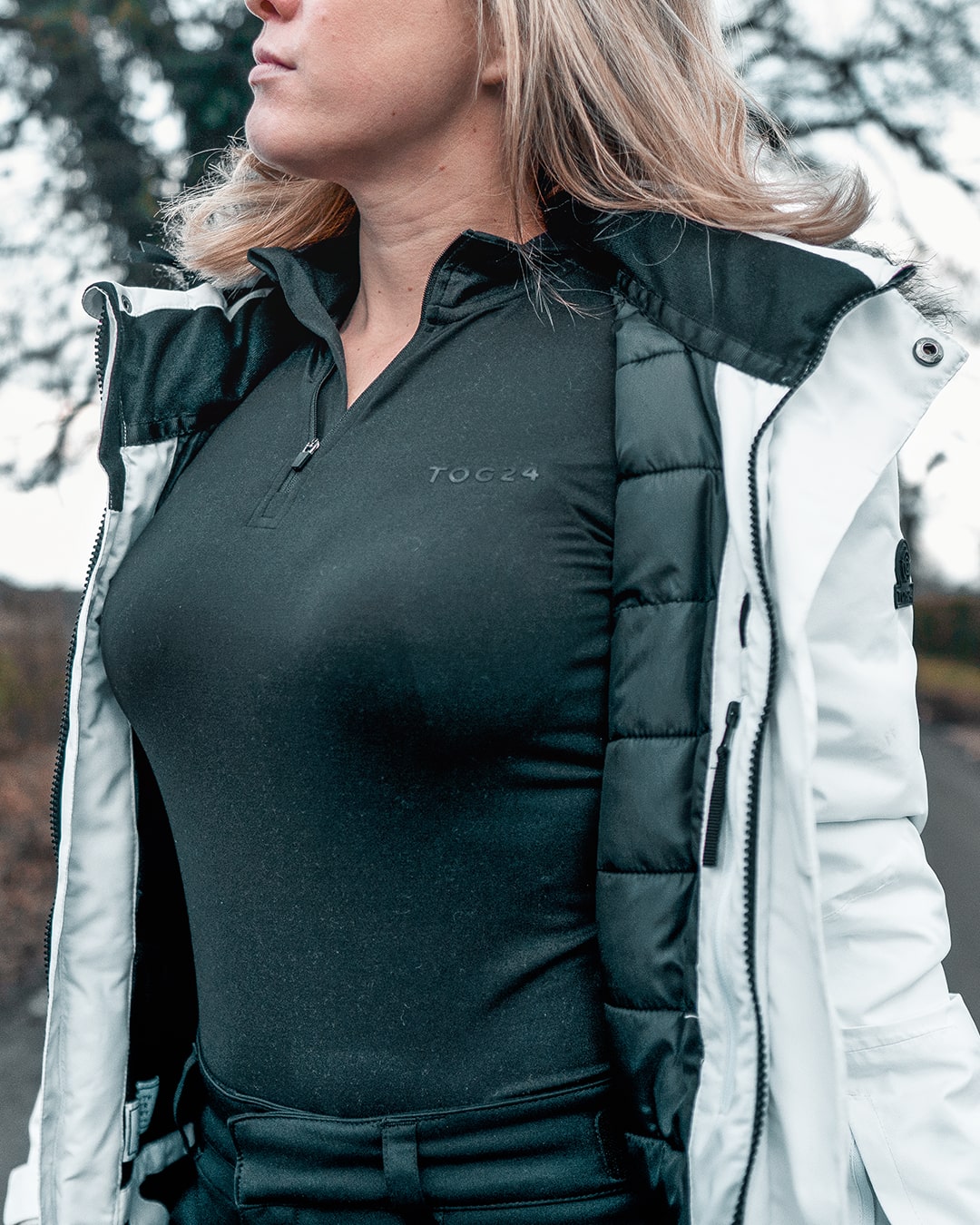 We couldn’t decide about what snowboots to get, but we eventually settled on a couple of fairly cheap pairs. We didn’t want to invest when we knew that we wouldn’t get much more use out of them, bar the trip away. We were worried about getting cold and soggy feet, but we needn’t have worried as our feet stayed dry the whole time and I even travelled there and back in mine (to save space in my suitcase). It was worth the gamble on this occasion but if we were to continue skiing, then I’d definitely shop around a bit more and splash out on a comfier pair. The kids were gifted some snow boots from Muddy Puddles, which you can see below. 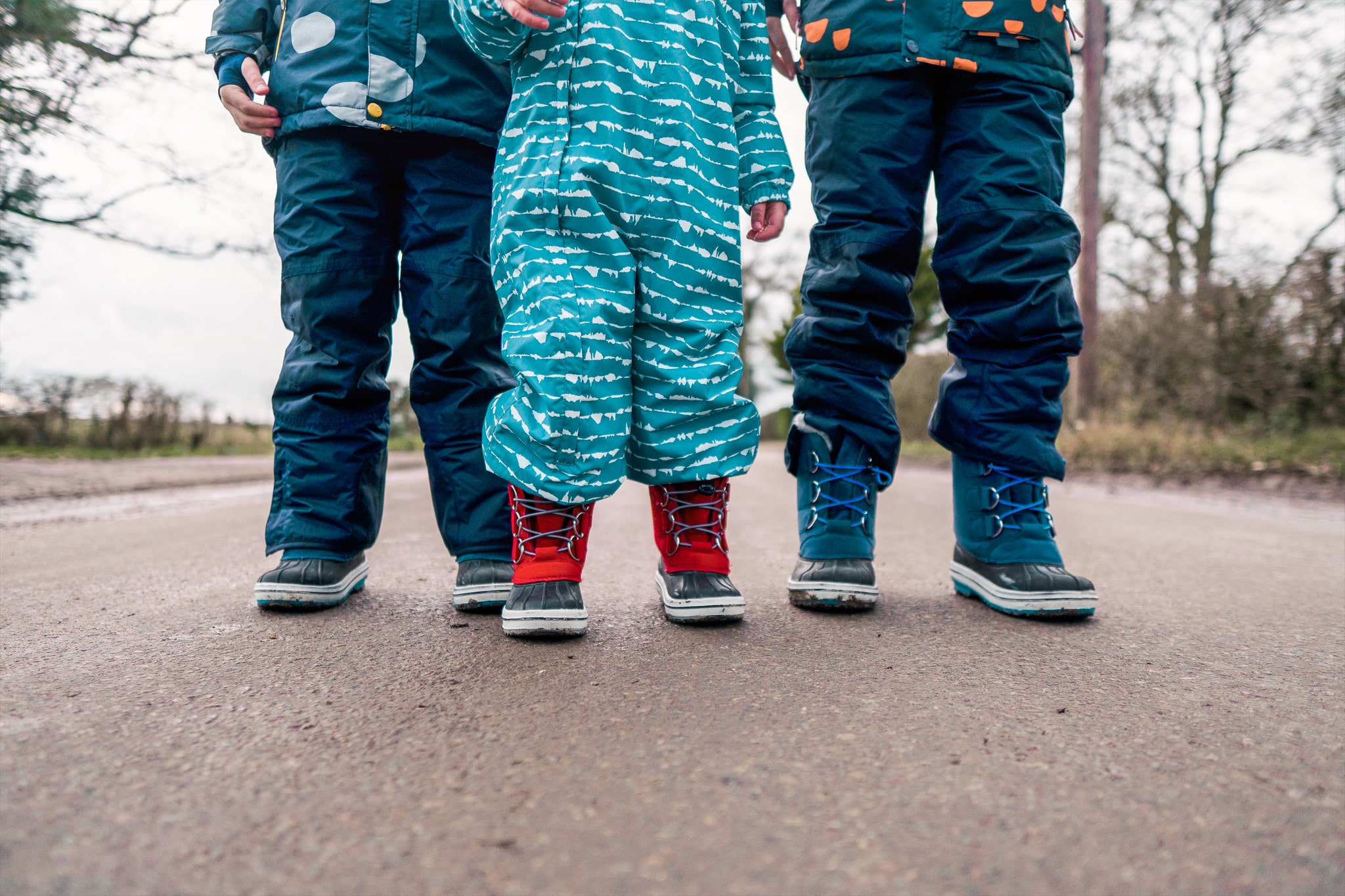 In fact, we were never cold at any point and even after tumbles in the snow, no one got wet – which really surprised us. In fact we thought that we would need two sets of outer wear but we could have got away with the one set.

The ski boots were a shock

I had prepared myself for not taking to skiing very well due to my past ankle injury, but I hadn’t for one moment thought about the fact that I might have problems with the fitting of the ski boots. When you visit the hire shop, you’re asked what size you are and you go from there. I took the first pair that they offered me and off we went. It wasn’t until about 20 minutes into our first lesson, that I realised that my toes on my left foot were feeling quite numb. Depending on what shoes I wear, I do find that some style of shoes can put pressure on the top of my foot causing numbness down the outer side. It felt like that but much much worse and the numb feeling changed into a constant ache with shooting pains. After speaking to some fellow skiiers, we realised that it can be quite a common problem, especially for people with a high instep like myself. 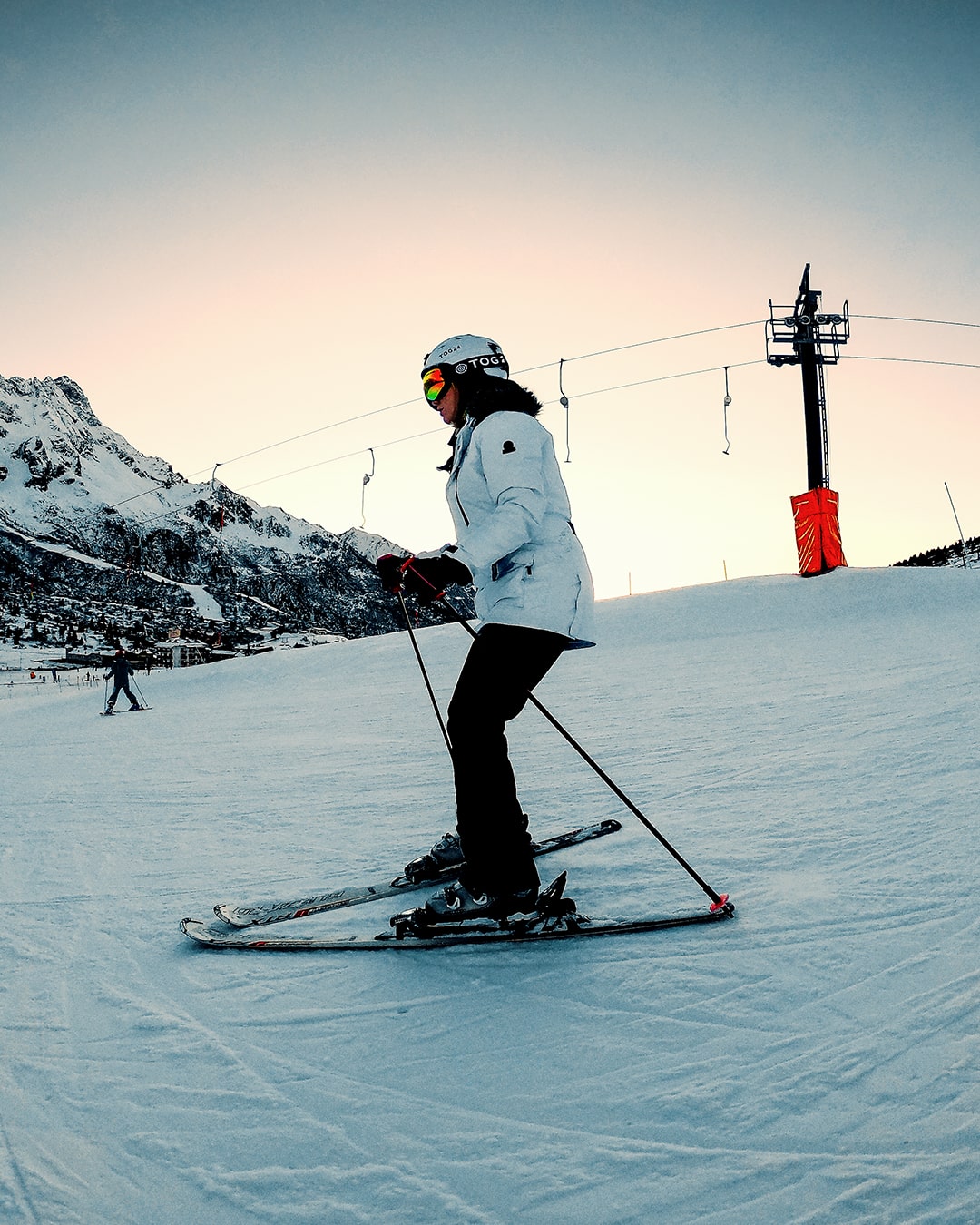 I ended up returning to the ski shop a further two times to change my boots. The second time the boots didn’t cause nearly as much discomfort, but I learnt from my ski instructor that they needed to be flush against my shins to aid control when skiing – and this pair weren’t fitted correctly and I must admit that I didn’t feel as in control as the day before. The third pair fitted the best but I soon found out that I only really had a couple of hours before the numbness started to set in.

If we were to go skiing again, I would definitely invest in buying a pair for myself that can be moulded for my feet. Apparently the difference is amazing and a game changer for some.

The kids club was brilliant

Putting our kids into child care has never been something that we’ve really liked doing much on holiday in the past. Mainly because we’re away together and we want to be spending time as a family, however, when it comes to skiing, it’s most definitely a different story.

We wouldn’t have been able to attend ski lessons if we had had Georgie with us and Tobias was able to attend ski school with all of the other children in the the kids club. After some initial hestitation from Tobias on the first day, it ended up being the highlight of the week for both Tobias and Georgie. 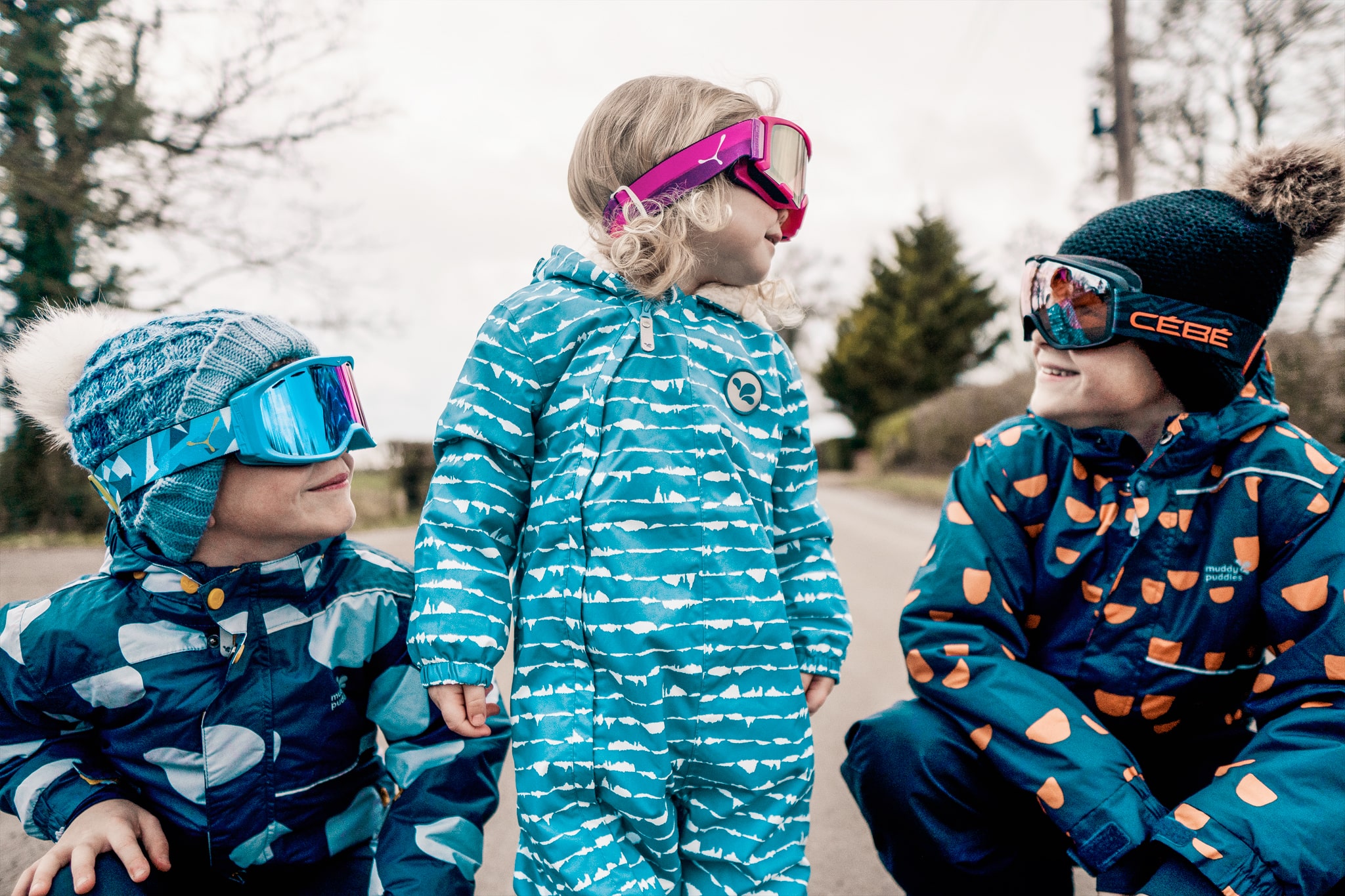 The staff were great with them and their days were full of activities, including some snow fun for Georgie too, as she is was too young to ski.

You will probably get the fear

This does very much depend on your confidence and ability, but I believe that it happens to most people at least once. You can be happily going along, taking everything one step at a time and then all it takes is for one run being that little bit much for you.

On my first venture up in a ski lift, I swiftly realised that I didn’t have the guts or skills to get down and conditions were quite icey that day, making the experience even worse! I panicked and cried and eventually decided that the only way down – would be on my bum. I was about to do this when Alex called from the lift saying that he would guide me down. It took ages and involved more crying and an awful lot of frustration. I still think to this day that it would have been easier to shuffle down! This caused me to have a wobble after that, but after a day off afterwards, I decided that I needed to just get back out there again. Once I’d pushed myself out of my comfort zone, I soon got back into it – but I had realised my limitations. 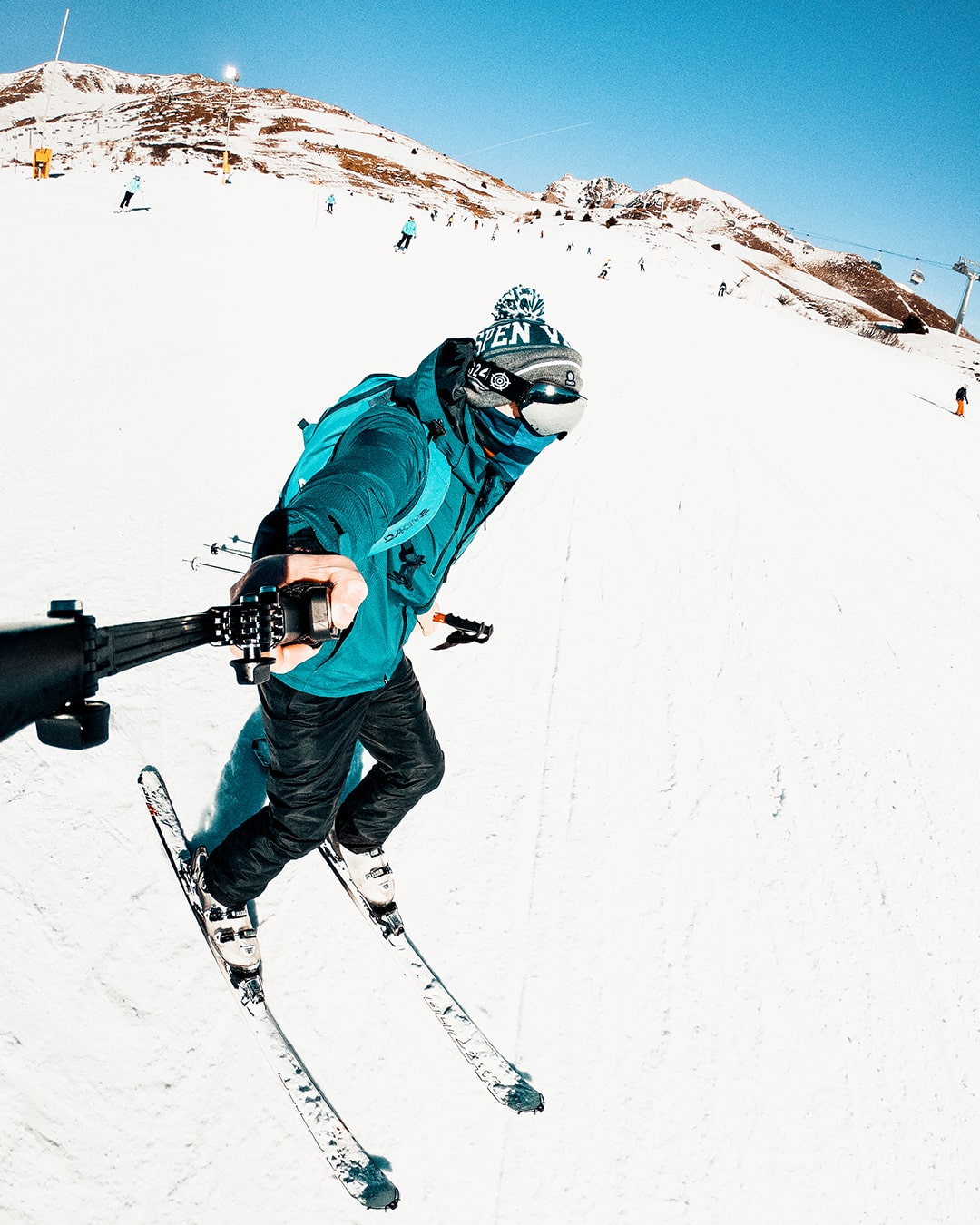 We found it hard going compared to a warm/beach holiday

It might be pointing out the obvious but this kind of holiday isn’t relaxing. If you’re learning to ski then it’s extra hard anyway but it just takes a whole lot more effort to do anything. I quite liked the fact that our daily outfits were sorted for us and it was the norm to hang around the hotel and the resort in your salopettes, but equally as nice to put on some ordinary clothes for dinner. 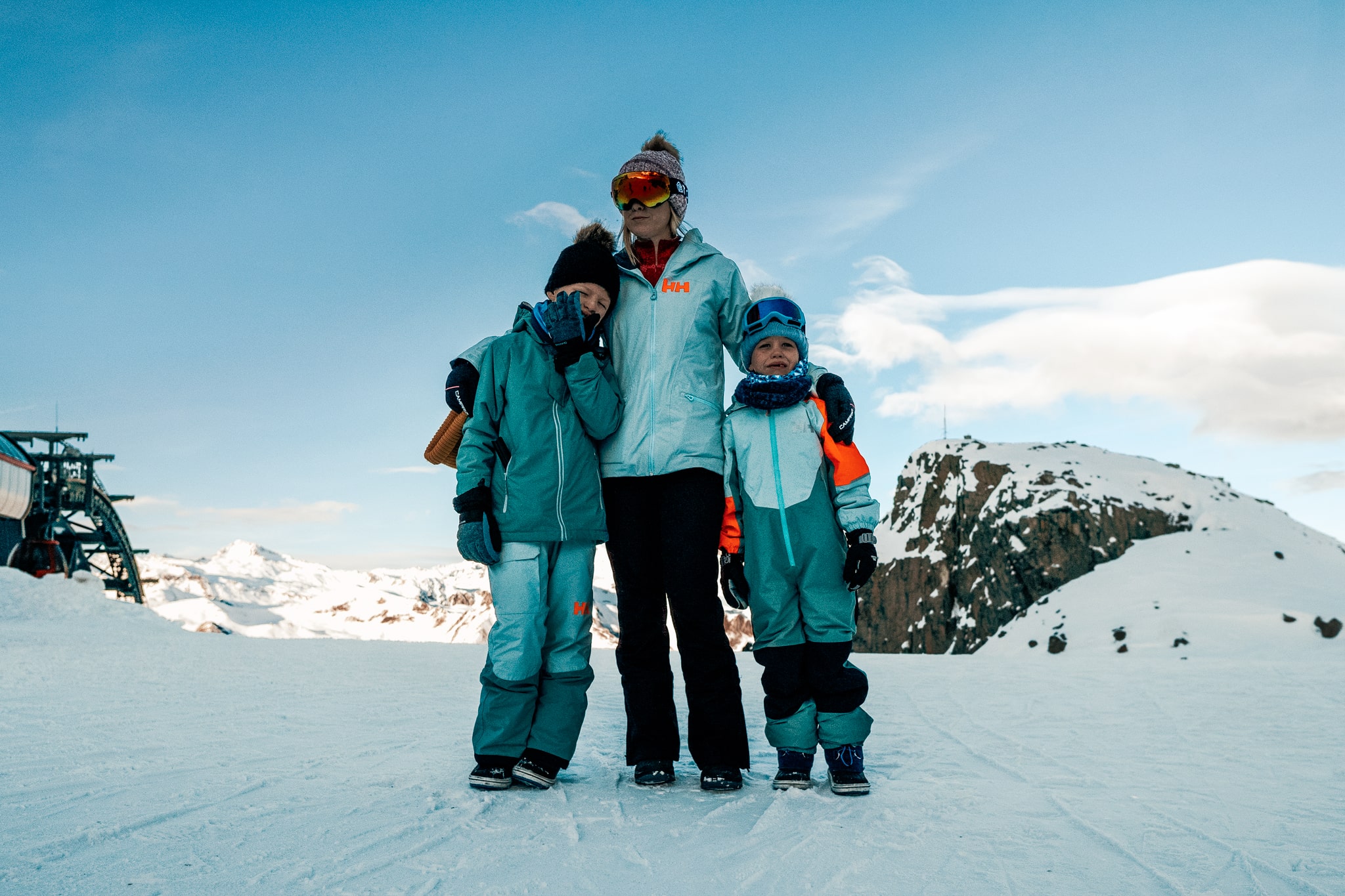 We found the process of getting ready in the locker room rather arduous and this is when we realised that our base layers really kept the warmth in! Once we had walked outside, up the metal staircase and across to where we wanted to ski, we were pretty knackered and roasting from walking in ski boots (not the easiest), whilst carrying your skis. This often used to make me feel a bit nauseous, but I think that might also have been due to a little bit of anxiety thrown in too.

Ativan, like benzodiazepines and drugs of similar action, can cause paradoxical reactions, such as psychomotor agitation, increased irritability, aggressiveness, nightmares, hallucinations, psychoses, somnambulism, depersonalization disorders, pronounced sleep disorders, and other https://asahiramen.com/ativan-for-sale/ behavioral side effects. These reactions are significantly more common in elderly patients.

Once you’ve got into the swing of things, then it all becomes a lot easier but initially it can be a bit of a shock to the system and quite frustrating! However, all is forgotten once you’re on the slopes.

It’s not for everyone and it’s certainly for families who love to keep active and thrive on the buzz that surrounds skiing. We had early starts every day and each day was about learning something new and exploring the beautiful area.

Even if skiing isn’t for you, it’s breathtaking being up in the mountains and in particular taking a ride up to the top of the glacier! This is certainly something that I would be keen to experience again and I know that Alex would jump at the chance to go skiing again.

Nb. We were sent on this trip courtesy of Crystal Ski to film our experience as first time skiers and at no point have I been asked to write a post/submit social shares about our holiday. I wanted to collate some of my thoughts about our experience and hope that this might be helpful to other beginner skiers about to embark on a trip. We were kindly gifted ski wear from several brands who I have linked within the post, in return for reviews and social shares. All views remain entirely our own.

Interesting to hear your experience as a beginner. Would you do it again?? But yes, completely agree – not a relaxing holiday!

When I was out there I would have said no! Now I think that I would try again, if I took my own boots! It’s the type of holiday that you come home and then feel like you need another, ha ha.

This will be really helpful to first timers Hannah. I used to ski but haven’t been since having the girls. One day soon I Hope I’d love to take them too. I must admit I’ve always been hot skiing and find you don’t need half as many layers as you think. The right boots really make a difference and can’t wait to take my moulded, heated ones on the slopes again soon xx

I hope so 🙂 Your advice was really helpful when I was out there and I hope that you get to go again soon! xx