I’m a little late, as usual, but I wanted to share some pictures of Georgie shortly after she turned two.

We were away for her birthday and although it was lovely to be spending her special day on holiday, it also meant that I couldn’t make her a birthday cake as I do each year.

I think back to the early days of making cakes from when my eldest turned two, where my presentation skills were questionable to say the least. Now I’ve perfected the safe bet which is a chocolate cake that is often loaded with copious amounts of toppings.

For Elliot’s fifth birthday I made a rainbow cake and it was by far my best attempt at a ‘show stopping cake’. I found this recipe on Kerry Cook’s blog and I followed it to the letter.  It took quite a long time to assemble and it was a bit of a faff making up the different coloured layers, but it was worth all of my efforts in the end. If you want to try a classic rainbow cake yourself, then I highly recommend you follow her amazing recipe and read ALL of her tips! Don’t try and skip the cream cheese icing process like I did this time otherwise it makes it impossible to work with.

So once again, I fancied doing something a little different but following the same principle as the rainbow cake.  This is where I came up with doing an ombré cake. I made 6 layers of the same cake recipe and used the purple colouring from Elliot’s cake (yes the colourings last that long!) to make the layers gradually less purple. 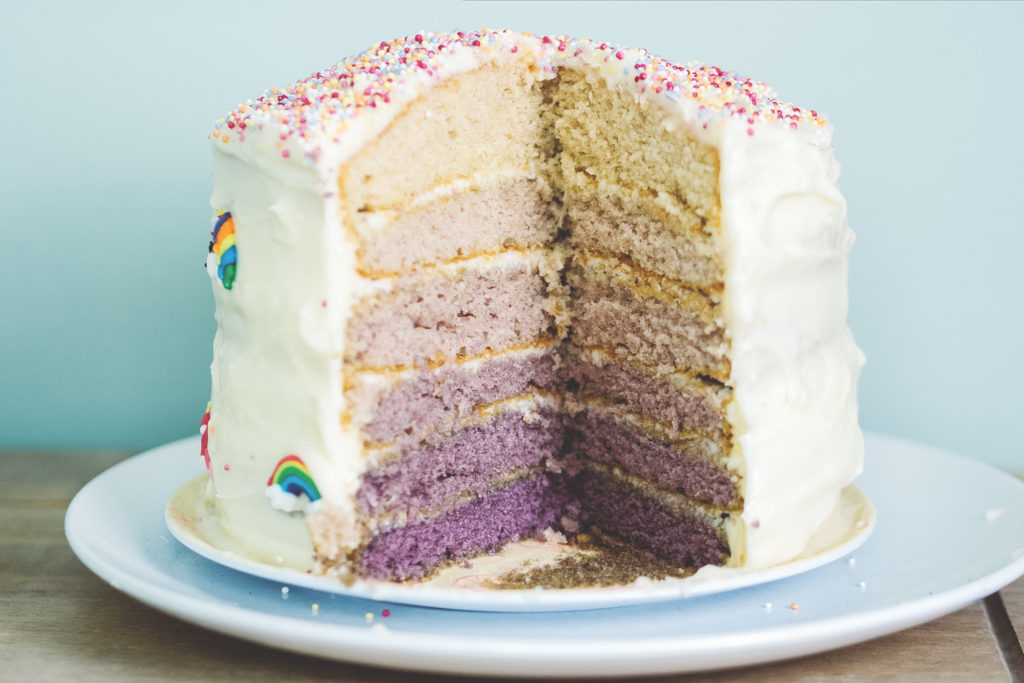 It was by no means a masterpiece but it wasn’t bad for my first attempt. It was actually really difficult to get the layers a slightly different shade….way more difficult that I envisioned initially! 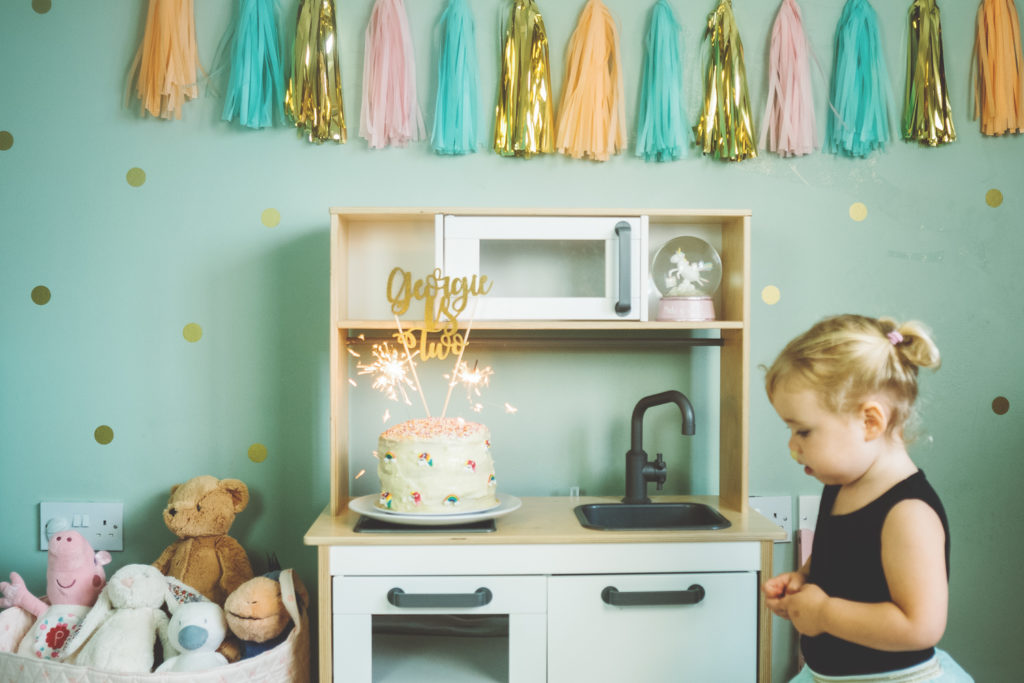 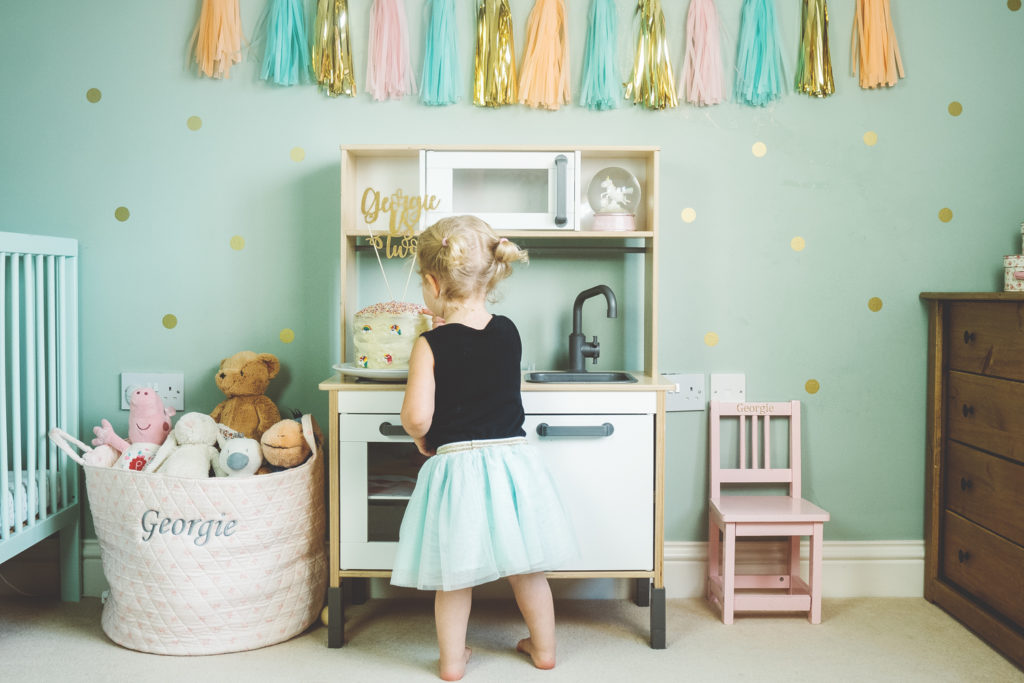 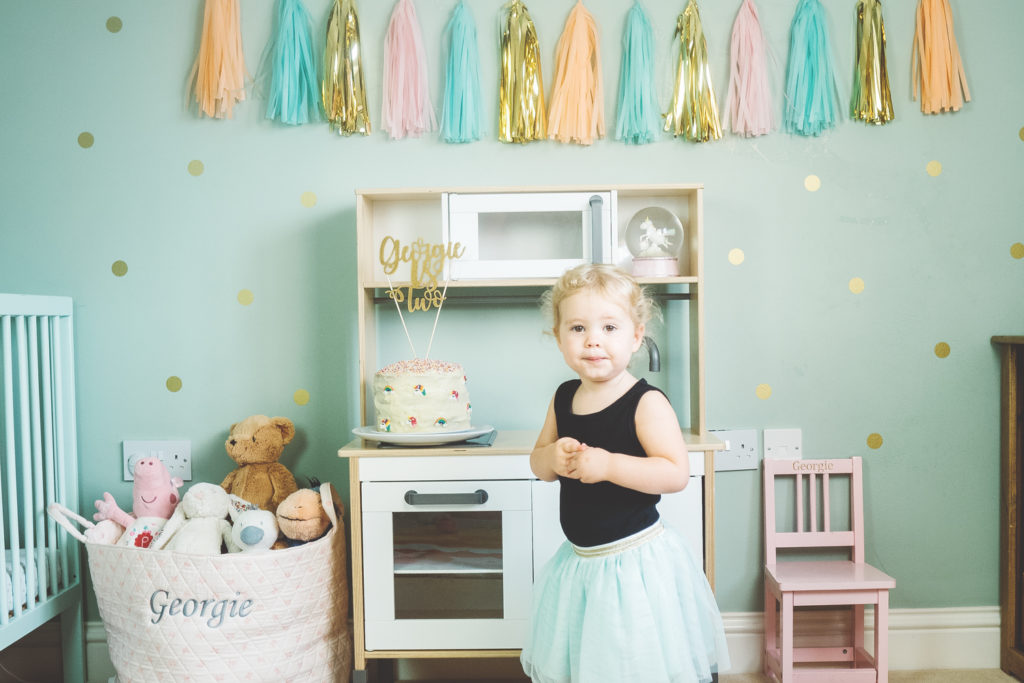 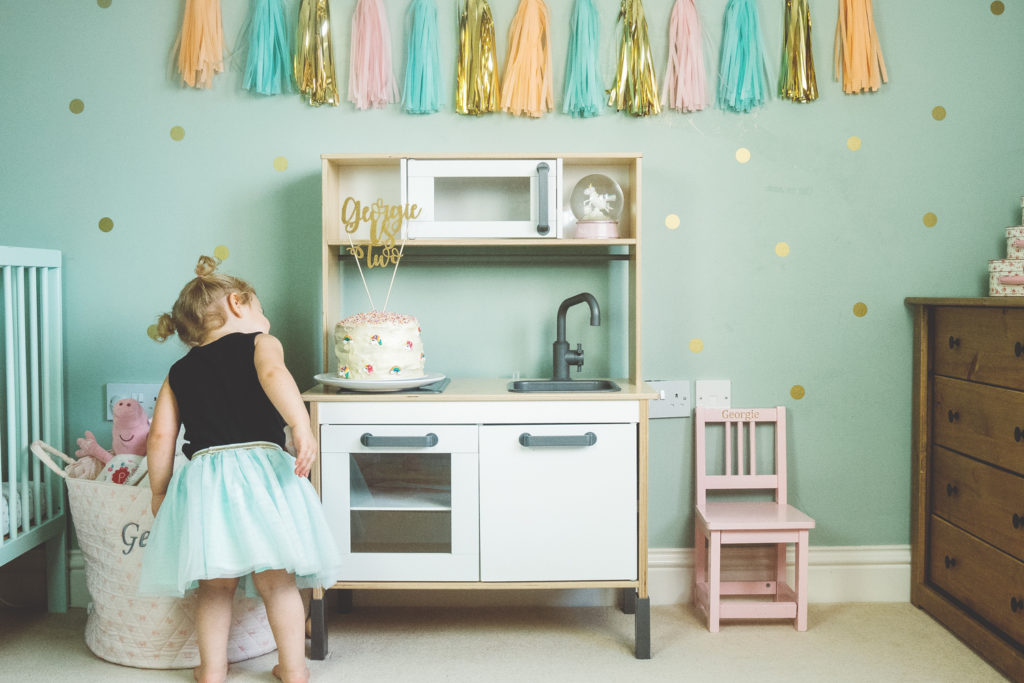 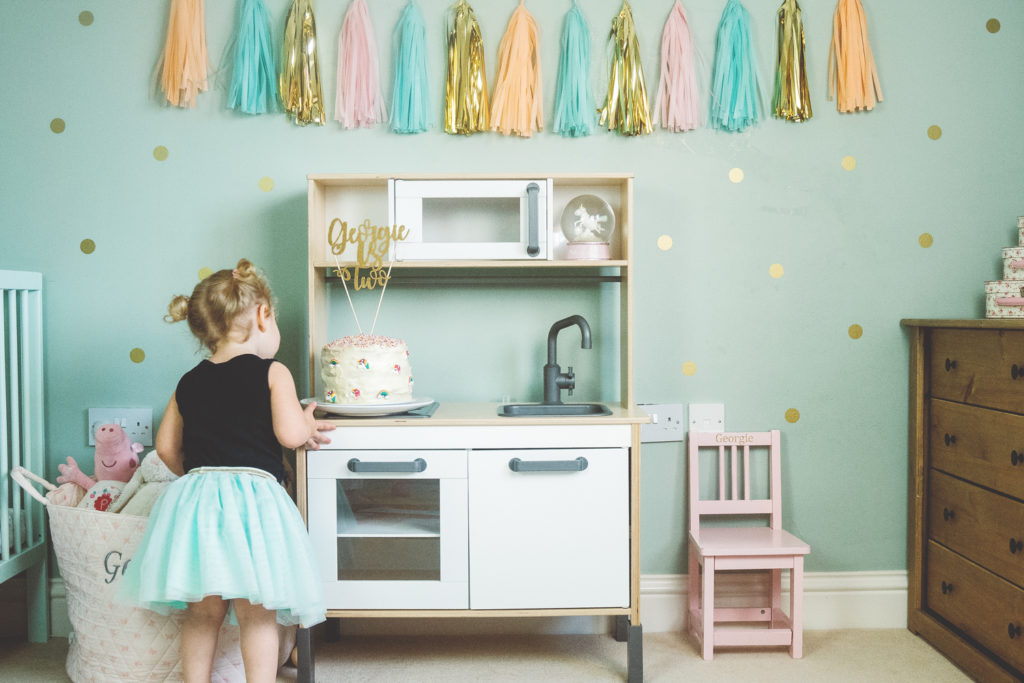 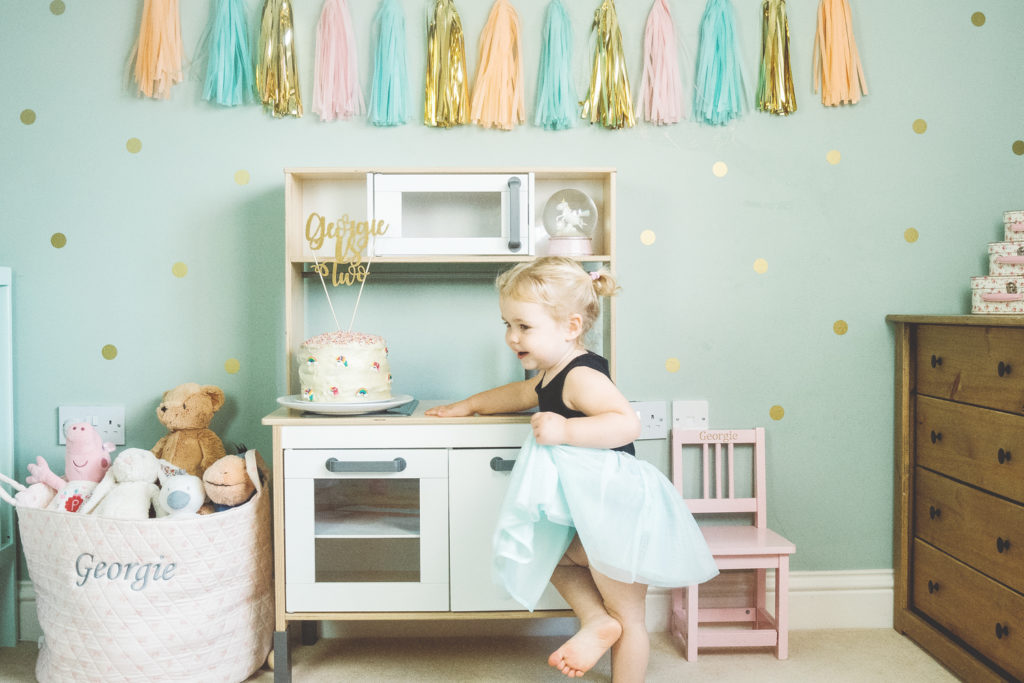 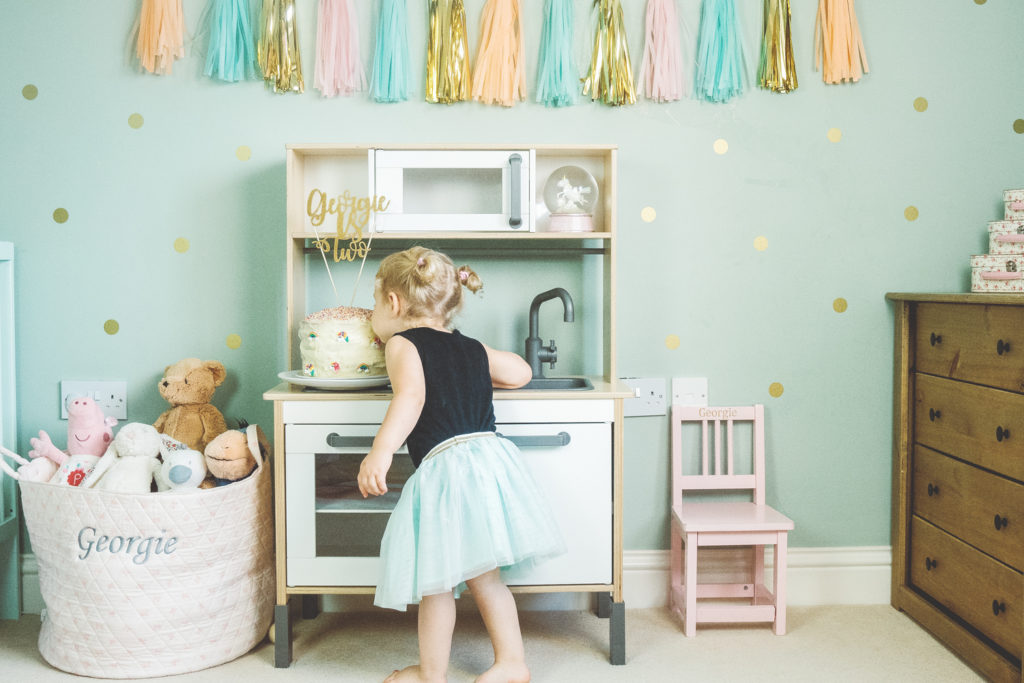 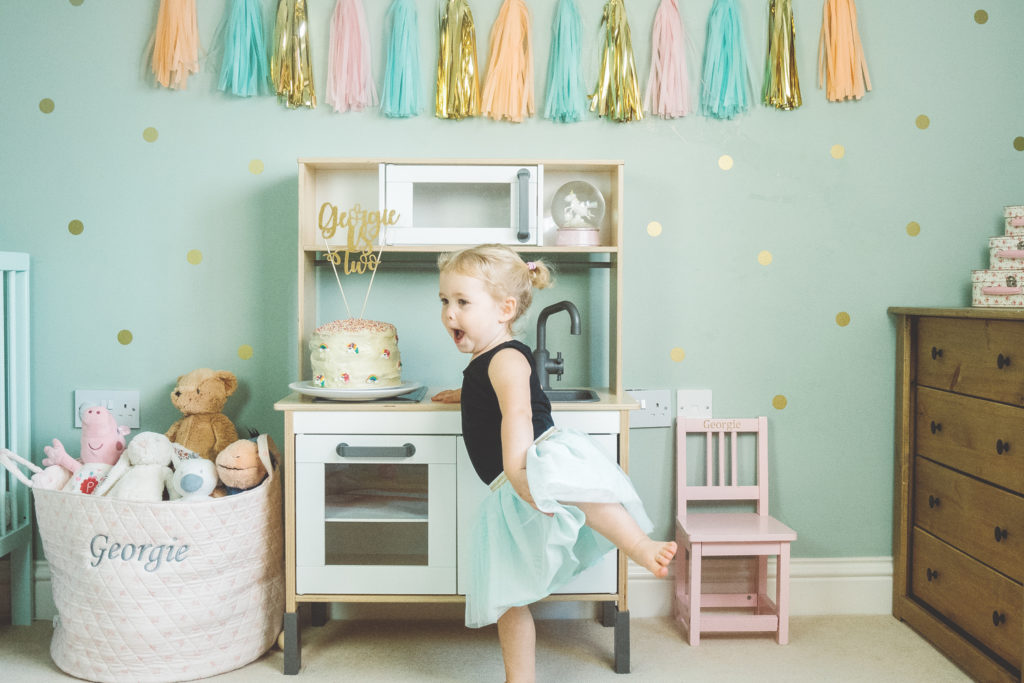 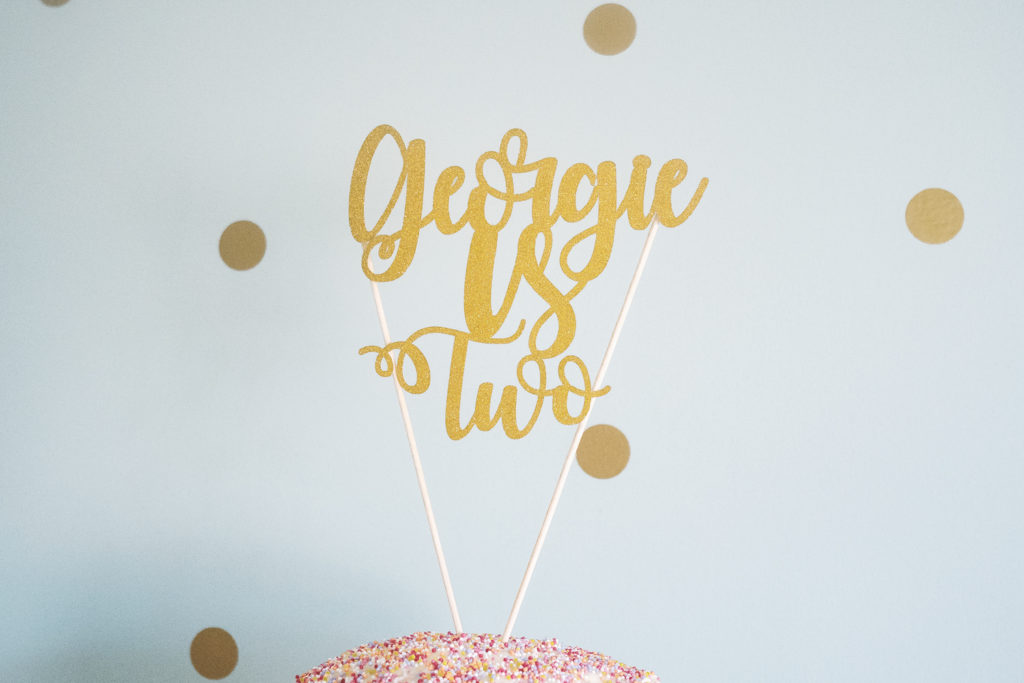 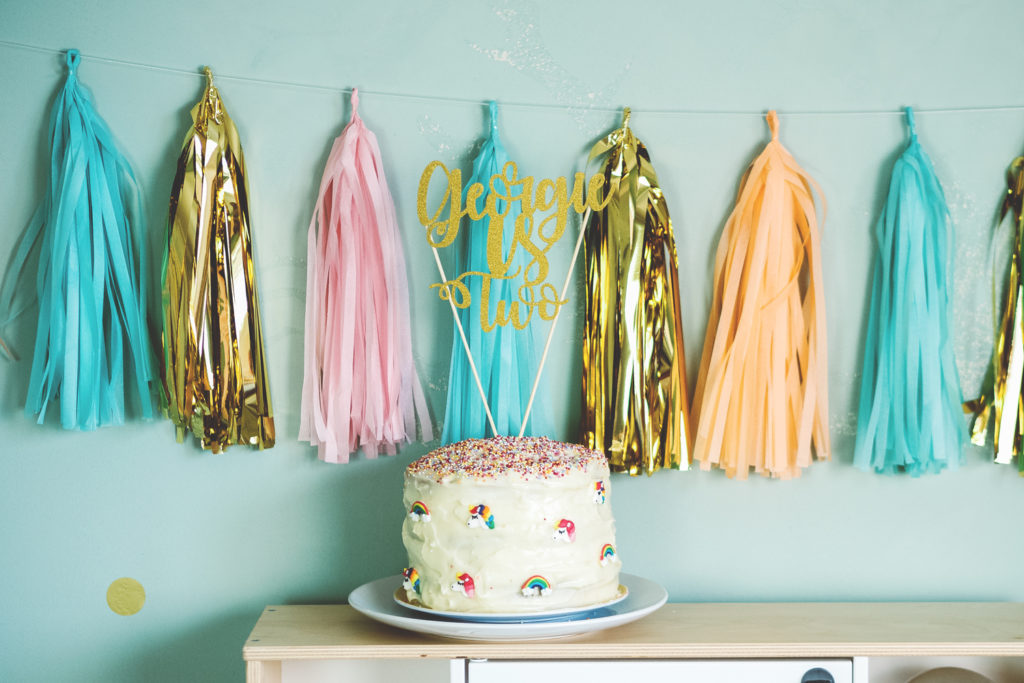 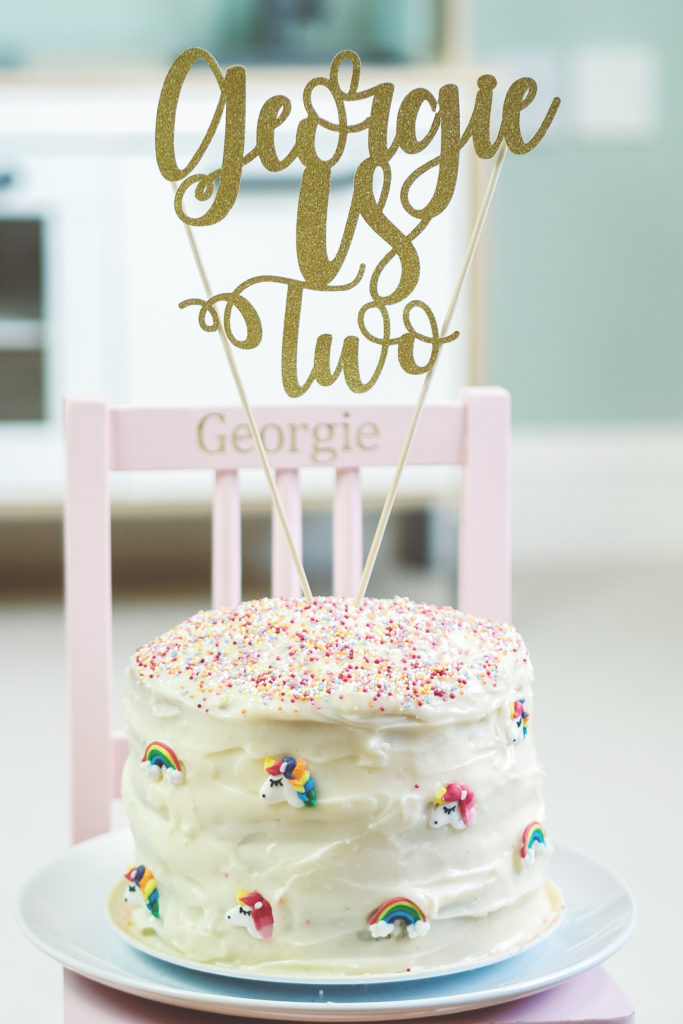 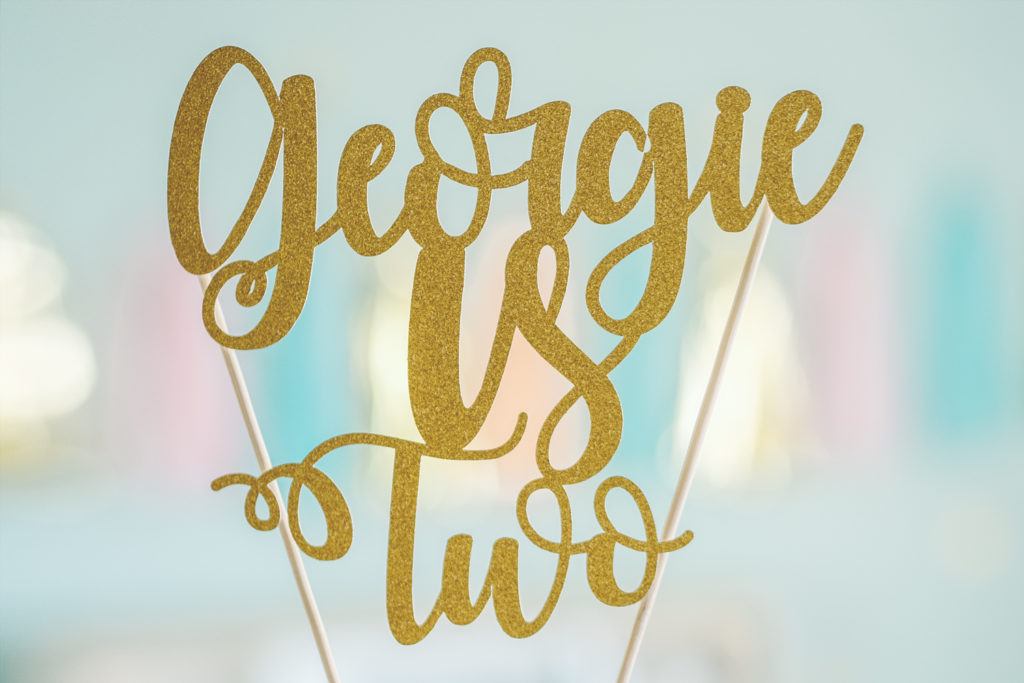 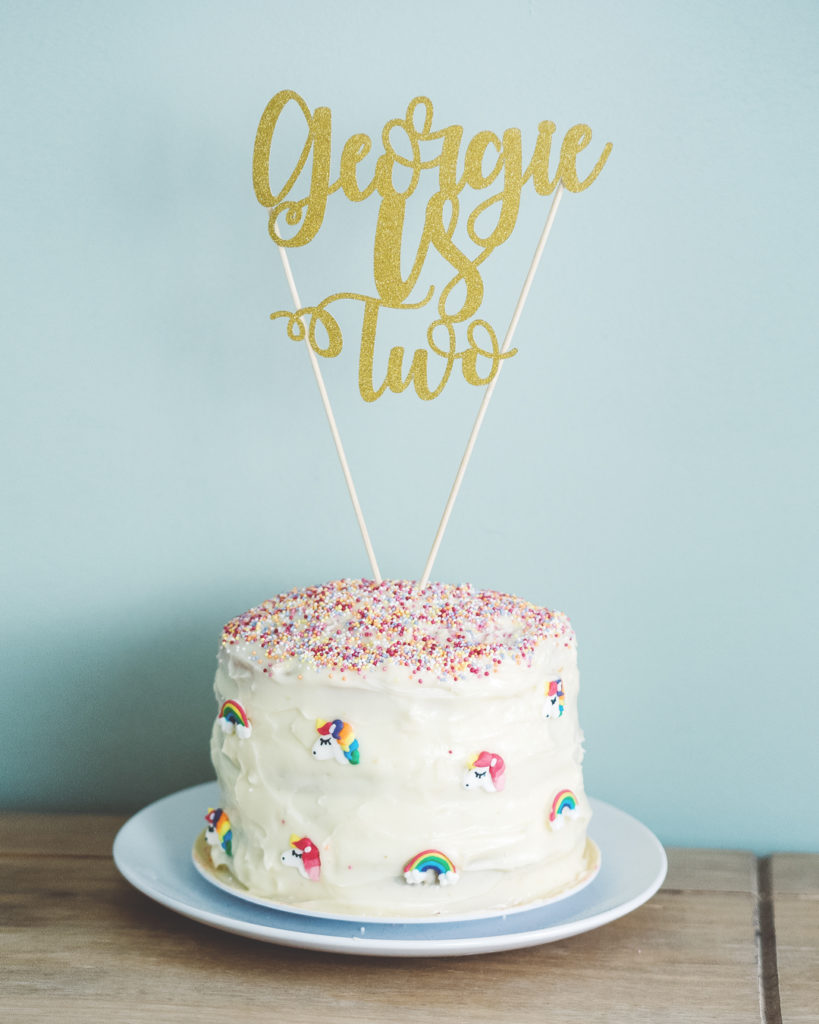 So there we have it, Georgie is two!

Thank you and ah that’s a very good tip. The washing of all the bowls is definitely a faff, although this time I mixed the colourings in when they were in the tins – because we haven’t actually got 6 bowls at the moment! Loads have broken x

Thanks Karen. Oh I know, isn’t it crazy? I can’t believe that your Daisy has started school! xx