We’re one month into weaning now and quite frankly have such a great little piece of kit that makes the process really smooth running. This is where I want to tell you about the BabyBjörn high chair.

I actually really love this high chair. I mean who actually gets excited about a high chair? Well not me normally, but this chair really is an exception.

Firstly, the chair looks good. I don’t think there is any denying that. It’s effortlessly modern, compact and has clean lines. It’s unlikely to look out of place in any kitchen, especially as it doesn’t feature garish colours and patterns that high chairs so often have. In my opinion you can’t ever really fault classic white.

It has been ergonomically designed and straight away, I was impressed with all the features it has. Everything about this chair is easy. Even the initial set up that only involves the legs being snapped into place and you’re good to go.

It has a unique design and safety solution that holds your child in place, with a two-step lock that can only be opened by an adult. The table is also adjustable and sits quite snuggly against your child, making it difficult for them to stand up. It’s for children aged six months to three years old, so has a pretty good lifespan. Realistically though, I don’t think that it would be as suitable for babies and toddlers that are on the rather large side.

The safety lock underneath the tray requires you to push a button and turn the lock, in order to drop the tray. You do the reverse to bring the tray back up again, once your child is seated, and you hear a loud click when it’s slotted into place. This is very reassuring and it feels very sturdy and secure.

As it’s quite a snug fit, it prevents your child from slumping in the chair which in turn is good for them feeding as they are positioned nice and upright. It also helps trap any food that might otherwise fall on their lap and onto the floor.

I know that previous models of this design used to include a harness, I expect as an extra safety feature alongside the lock, but it’s much better now that it doesn’t have one now attached. Due to the clever design they are not needed and I have always found harnesses the worst part of high chairs, with having to clean them constantly and they’re not always easy to remove and reposition. Without them there, you simply only have hard surfaces to clean and you really can clean it in a jiffy and there are no crevices for food to get stuck in. 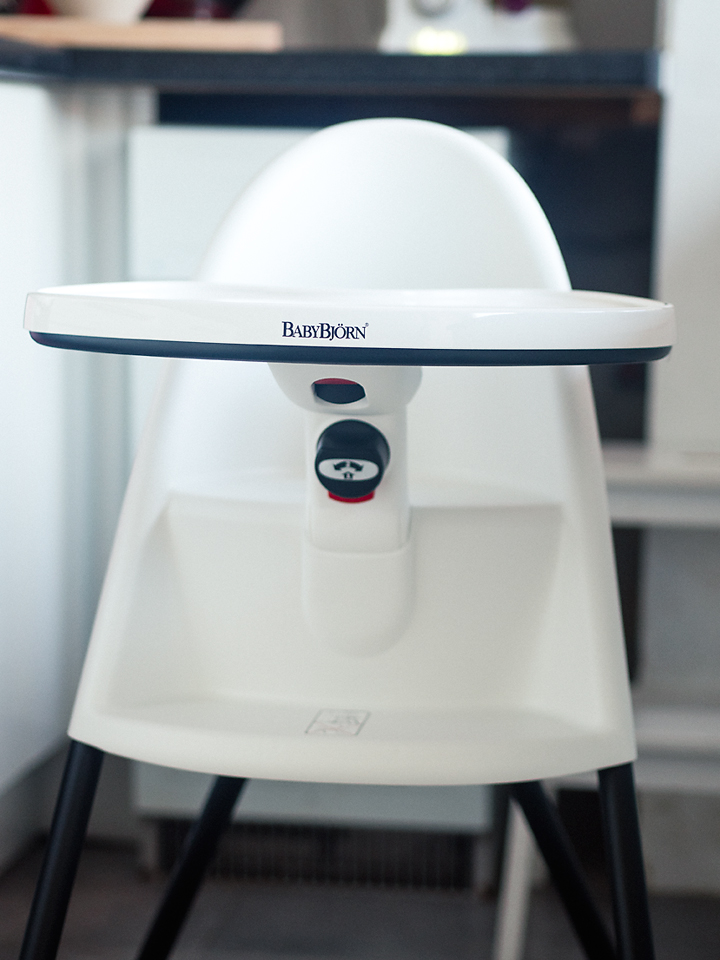 The tray is also removable. For meals that aren’t too messy, you can get away with just giving it a wipe down but for those times where the tray and your baby are caked in food, it’s great that you can whip it off for cleaning, even in the dishwasher if needs be. Sometimes you just can’t wipe little hands quick enough, without redistributing more mess everywhere! 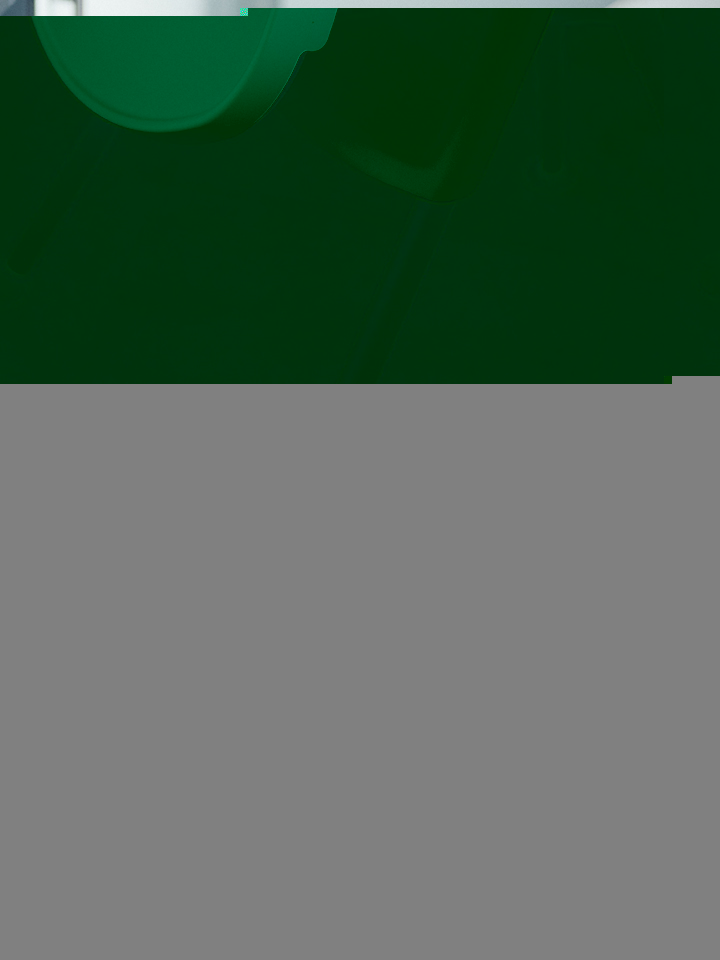 I’d heard one negative about the high chair and that was that the tray is fairly small. If you compare it to some other brands, then yes it is a lot smaller. It’s meant to be though, it’s compact and in my opinion does all that you need it to. The tray on our last high chair was ridiculously big and cumbersome and did it prevent food from being thrown overboard? No. If your kid is going to lob food from all angles, then it doesn’t really make much difference. It just means with a smaller surface area, that the pieces of food are probably going to hit the floor a whole second earlier than they might do with a bulky tray. Eventually when they have a better grasp and have a piece of food that they really want, then they’ll hang into it. I know that I’d rather stick with the smaller tray. 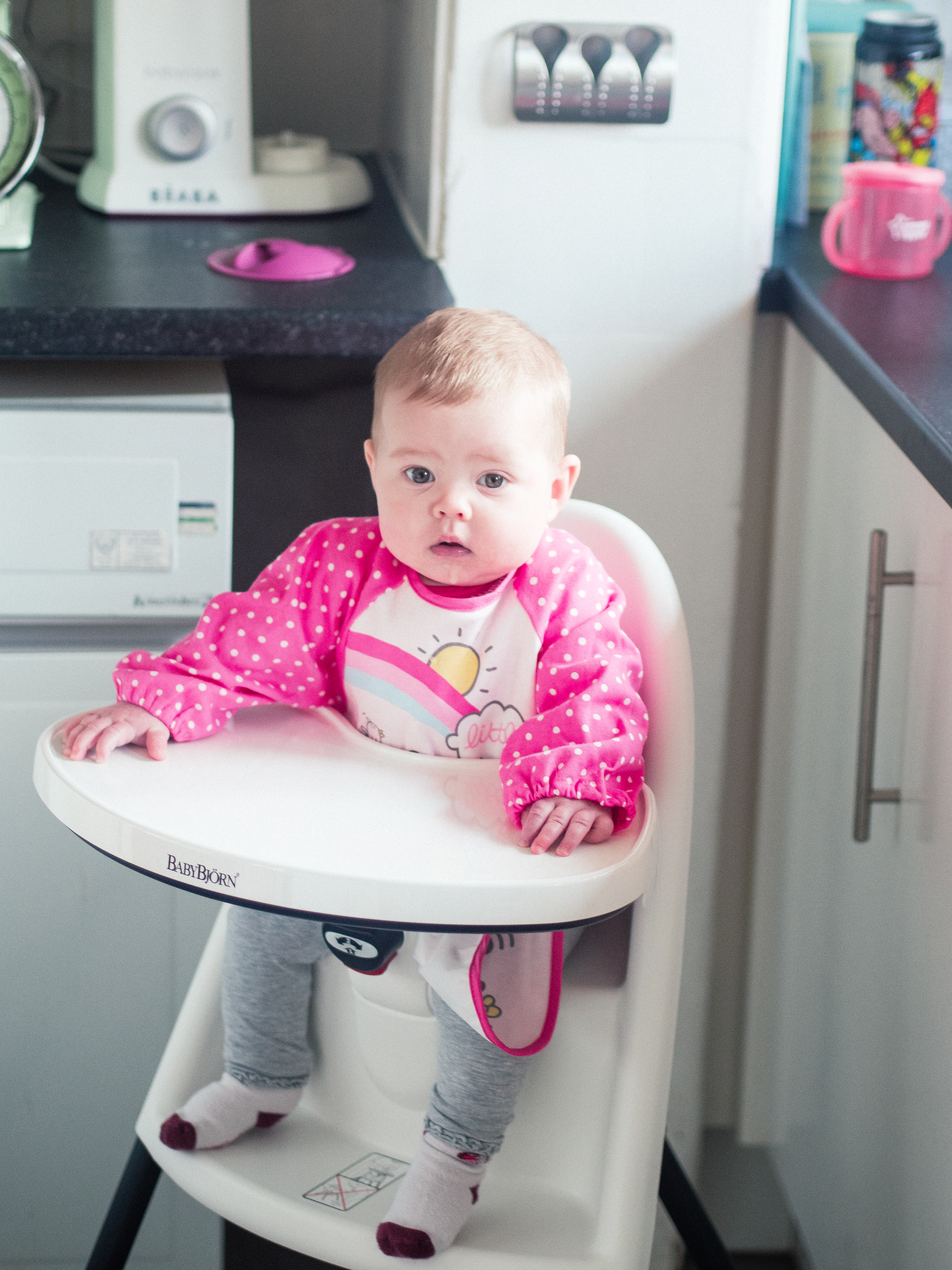 If you’ve got a small kitchen like we have, then this chair is a great option. It doesn’t take up too much room and it’s easily moved around from room to room. This sidles up nicely to our dining room table and is just at the right level to feed her, without having to reach too far. We haven’t ventured out with it but you can easily pop it into the boot of your car, as it folds down quite flat. So it’s extremely portable to take away with you or when you’re visiting people without a high chair. You’ll love it so much that other options simply just won’t do!

If you like the look of this high chair, it’s also available in a couple of new colours – pink and aqua. I attended a BabyBjörn product launch last year and saw these in the ‘flesh’ and they really are very pretty. Once again no garish colours, just subtle pastels. The pink is very girly but the aqua is lovely for both sexes.

Nb. I was sent the BabyBjörn high chair for the purpose of the review. All views, photographs and the video are entirely my own.