Just when I think I can finally relax and put my feet up in the last few weeks of my pregnancy, something crops up. I have been happily plodding along knowing that Beastie will stay put at the nursery that he attends and has done for the past 2 years, safe in the knowledge that he will remain settled for the time being. I was happy that he would have continuity, keep his friends and that I would have a couple of days a week with our new baby. To me it seemed the perfect balance and besides it costing money to send him there I thought that we would be able to afford it, just. Today I have properly surveyed my pay schedule for my maternity leave and besides being under the assumption that I get 2 months full pay to start with, it would appear it’s not quite the full amount I am used to and each month it gets progressively worse. I was about to ring payroll and have it out with them but after tapping away at my calculator and wanting to scream, it would appear all their calculations add up and if I was to ring them I would only sit there dumb not having a clue what they are telling me. I also don’t particularly want someone actually pointing out that times are looking pretty dismal.

A few months back I looked into getting him into a pre-school so that he could take his 15 hours government funded time, from April. We visited a nice pre-school and I put his name on the waiting list. It didn’t have the same feel to it as his nursery but I figured that I would feel that anyway as I didn’t want to move him. I thought nothing more of it and my husband and I talked about it and decided that he should stay put at his nursery, doing 2 full days with his pre-school hours starting from April. The downside was that we would have to pay for the remainder of each day, after 3 hours were deducted seeing as it is a hospital nursery and runs throughout the year and they can’t accept children for 3 hours a day. With a new baby on the way I didn’t much like the idea of having to take Beastie to nursery every day or thereabouts for a few hours only to have to return and pick him up before I knew it.  Now it seems to be the only option.

So after digging around looking for the letter inviting me to request which pre-school sessions I wanted, I noticed that the deadline for submitting it has passed! I went to visit the place so long ago that I had almost forgotten that they would get in touch. I very almost threw it out the other week as I assumed that he wouldn’t be going and now here I am desperately trying to get hold of them to find out if he has a place. I have rung, no answer, and I have written an email hoping that they might take pity on me. You may ask why am I getting so stressed? I am after all on maternity leave and available to look after him every day and in the position to not have to fork out on childcare unnecessarily. It’s the fact he’s happy and in a lovely environment for learning and enjoying time with his peers.

I have cried and cried this afternoon because I am so heartbroken for him. Heartbroken that he will have to leave the fantastic class he is part of and the relationships he has built up with the other children and staff there. He talks about them all the time and he’s full of beans after every day he spends there. I’m also happy with the nursery and the stimulation that they provide him. Will he be so happy anywhere else and will he form bonds like he has now? I am sure he will but I am not relishing the idea of change right now. Hopefully we can get into some sort of routine once the baby arrives and I will find a balance with Beastie and the baby. It stresses me out just the thought of the logistics of getting them out of the flat everyday and it not being so easy in a flat as it would be in a house. I will have to pull my finger out and find some play groups that we can all attend and meet up with friends more often, not to mention more fun activities at home.

This afternoon I will have to have a chat with the nursery manager and explain the situation. The childcare vouchers I give to the nursery are paid a month ahead so I am hoping that it will give him a little extra time there without it costing us too much extra. Hopefully I won’t get too emotional and do something embarrassing like cry on them. The pre pregnant me would most certainly not do that. The pregnant me can’t be trusted. 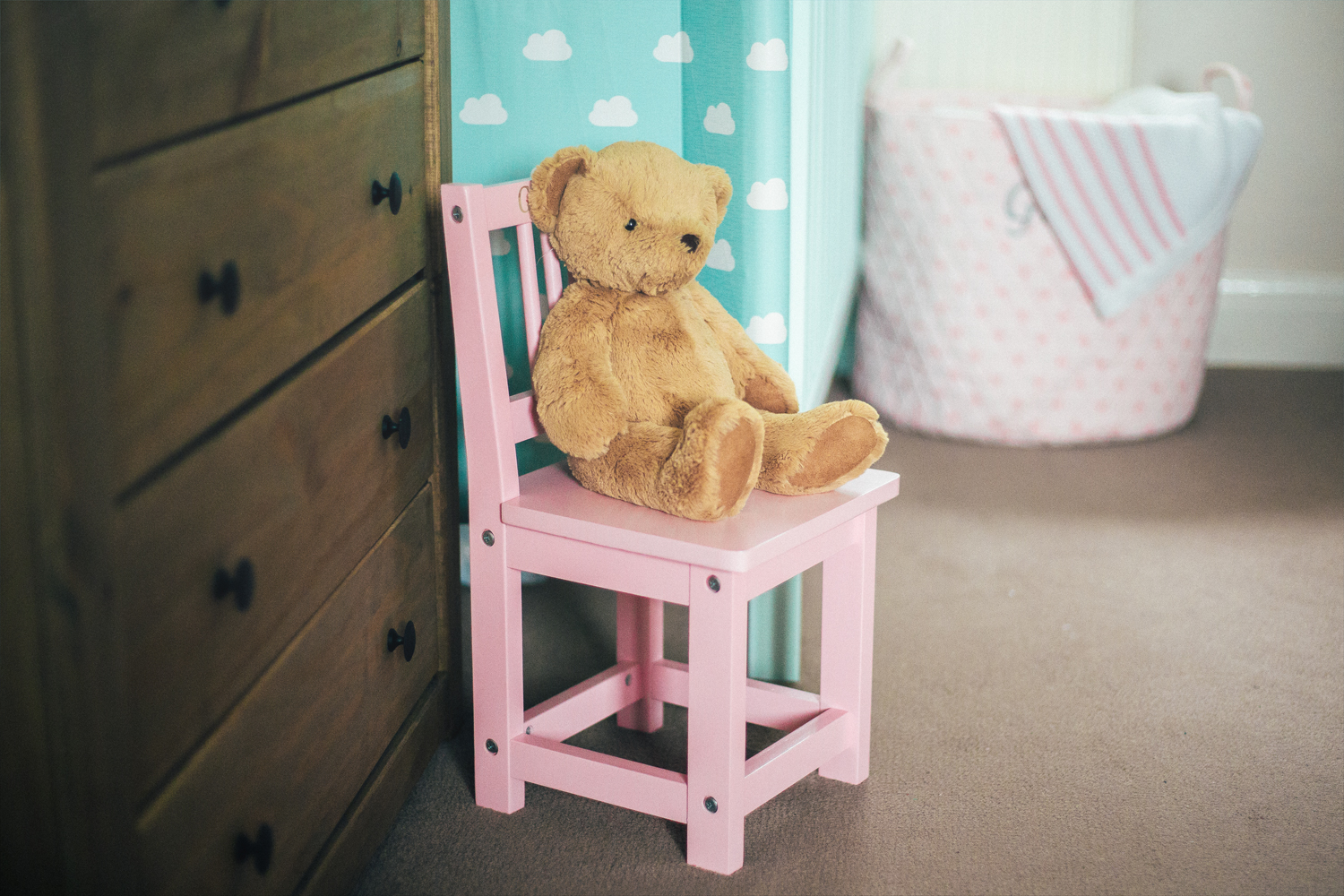 My 1st Years for a girl

Our Nursery Makeover – the big reveal