Yesterday we returned from a weekend away in Dorset to attend the wedding of one of my school friends. Slowly but surely we are all getting married off and it’s always a lovely occasion not only for the wedding but because I always get to catch up with my oldest friends.  As the years go by the time between seeing each other seems to get longer but we are all just the same together really when we see each other again. It had been three years since our last get together for our 30th birthdays. Beastie was just a baby then and this time round I was there with my second baby at the same stage again.

When we were on the road I popped the sun visor down in the car to check my makeup I noticed the lines at the sides of my eyes more than usual.  The result of lots of squinting over the years and age (this obviously wasn’t the first time I had noticed them). My husband commented that in fact his were worse than mine and considering he is younger than me it’s maybe not so great but we both agreed lines look far more distinguished on a man, don’t you think?

So throughout the day I noticed that we’re all looking a bit older these days and it made me realise that you never see yourself as older when you are young and you never expect the time to pass by quite so quickly. When I met all my friends, some as far back as when we were four years old, we had no lines at all, they all look the same but yet so different as our grown up selves, mostly married with children. As we have been friends this long already I know that we will all continue to meet up over the coming years and watch each others families grow. We have another wedding in October nearby so we all get to meet up much sooner than we normally would…

Once again it was lovely catching up with them all and watching my emotional friend get married (after waiting many years for a proposal). During the wedding Baby Beastie was one of the star attractions (apart from the bride of course) and he was more than content with being cuddled by his adoring fans. I think he made quite a few people broody.

I haven’t lived where I grew up now for over ten years and every time I go back something has changed, as you would expect. Each time it has that familiar feeling about it but yet it’s becoming increasingly alien. We drove past what used to be the local nightclub and I was really sad to see it had been turned into a Spar shop! That place held a lot of memories and it’s like it’s just been wiped off the scene. Admittedly it was a dive but it was the only club we had.

So we’ve up grown up, most of us have moved on and collectively we have travelled to lots of places and experienced many things but we will always hold the place where we grew up as special.

We attended the wedding with only Baby Beastie as we knew it wouldn’t be much fun for Beastie, especially as there were no other toddlers going that he could play with. So instead he spent the day with his Aunty in Lyme Regis where he had lots of fun visiting an aquarium, building sand castles on the beach and running through a field picking daisies. He really enjoyed his sleep over and I think these photo’s capture his day perfectly. 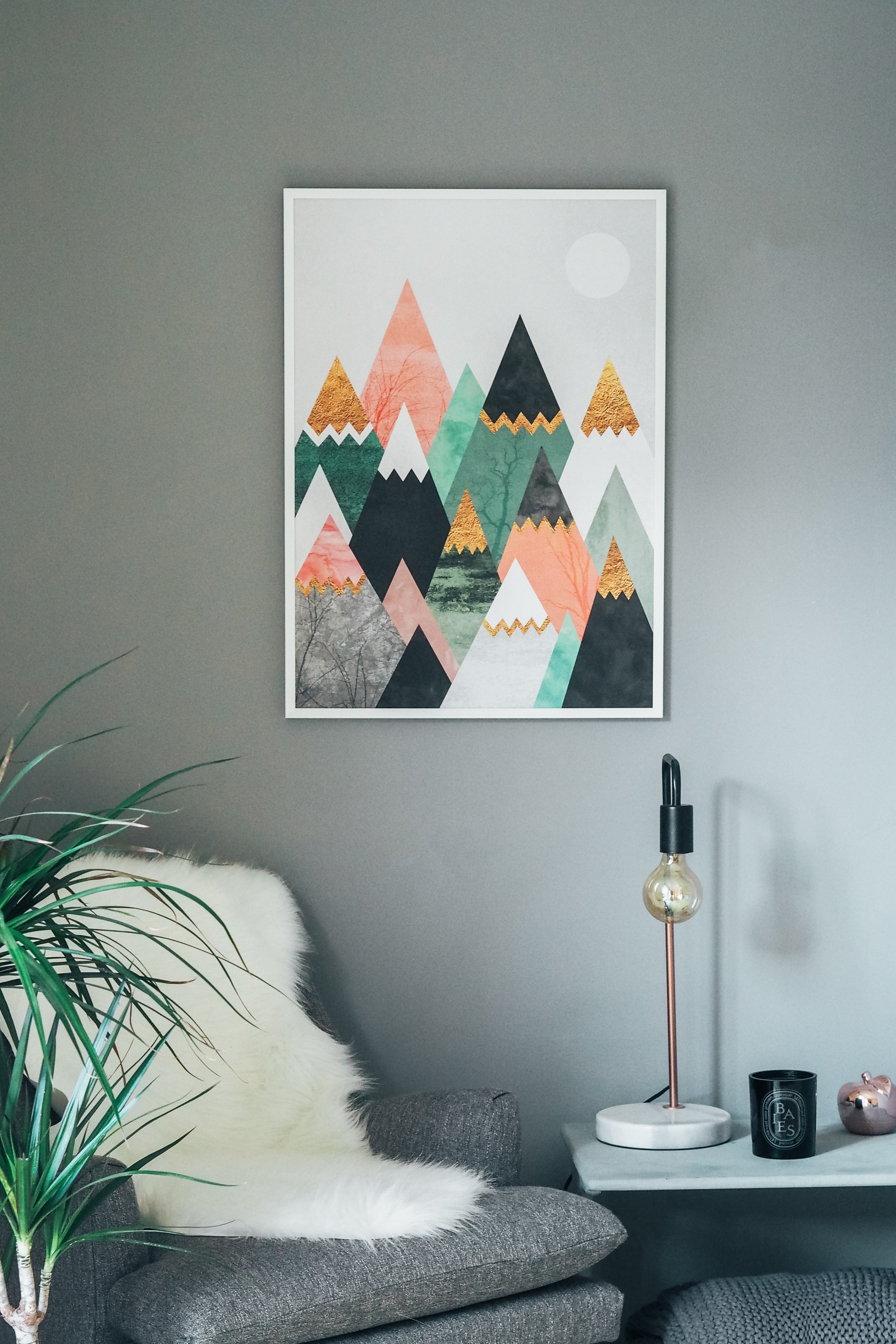 Adding fresh prints to our lounge with Desenio