I love the feeling and smell of fresh bedding but once washed, the putting of the duvet cover back on the duvet can be an arduous task and one that I certainly don’t relish! If someone told you that there was an easier way to make the bed, would you believe them? A Night Owl Coverless Duvet might be the answer you have been looking for.

Well let me introduce you to this coverless duvet from The Fine Bedding Company. It’s a duvet that is designed to be thrown straight in your washing machine, as you would do normally for your regular cover and sheets. This means no more tackling with the outer cover and much fresher bedding, because how often do you launder your duvet, really? It’s a really simple concept that I was really keen to try out.

It comes in three different tog sizes – 10.5 (year round warmth), 7 (summer) and 4.5 (summer) and they come in a range of colours and styles to suit both adults and children. It comes packed in a duffle bag, like a sleeping bag comes packed in, so it’s handy when you want to store it away when it’s not in use. 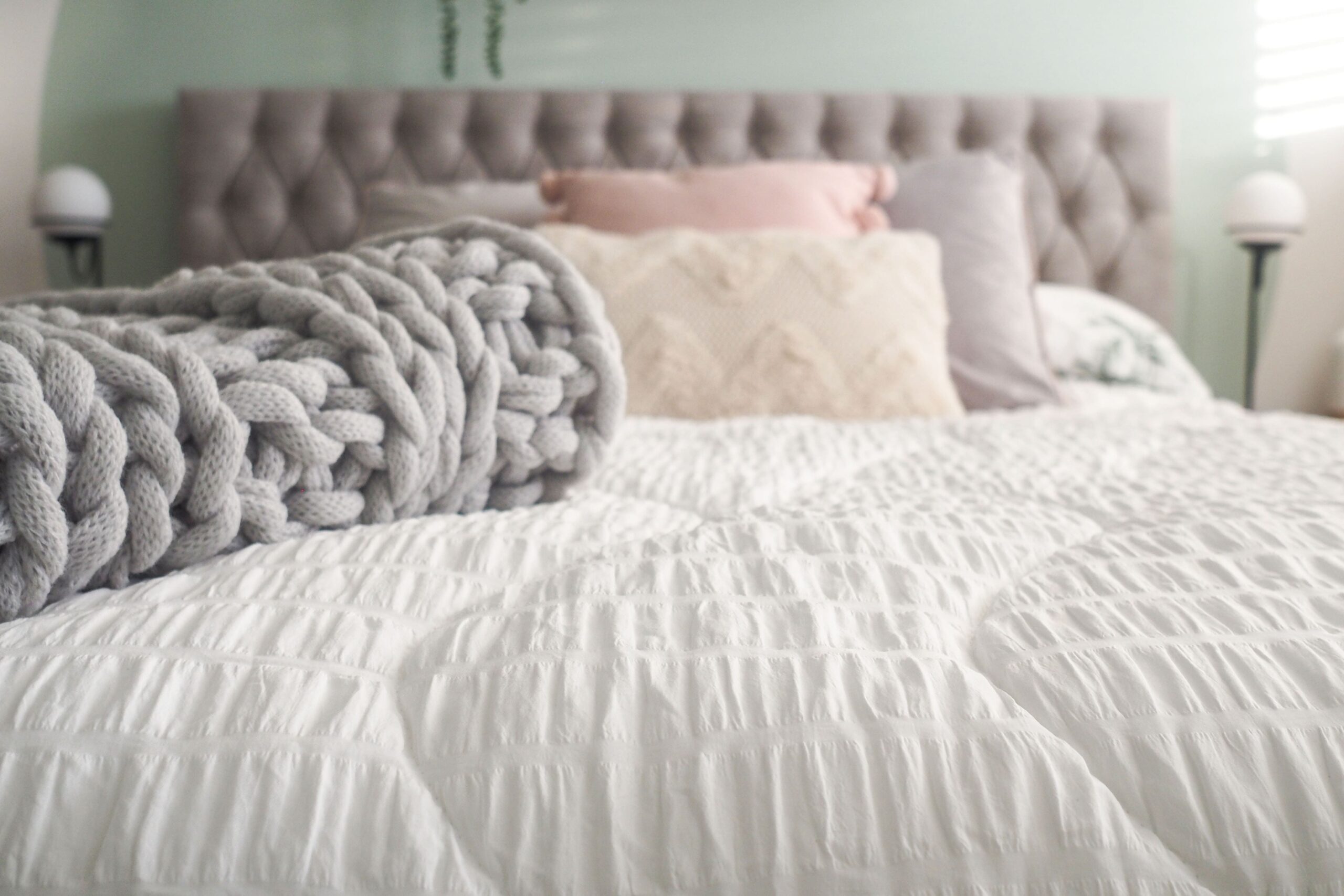 I went for the white seersucker design in the lightest summer tog (4.5). I chose this design as I love a white bedding set and particularly love a seersucker effect, usually because you don’t need to iron with this style. Of course with Night Owl duvets, you don’t need to be worrying about ironing them anyway! Which is always a winner in my eyes.

In the end I opted for the the lightest tog as we sleep with a summer duvet all year round anyway. My husband absolutely hates thick duvets and he subjects to me a fan (directed on him) all year round too!  So I’ve become accustomed to lighter duvets and actually I think they are much more comfortable and stop you overheating during the night. There is always the option of layering with these duvets of course, so we have a blanket to hand if it gets really cold during the night. 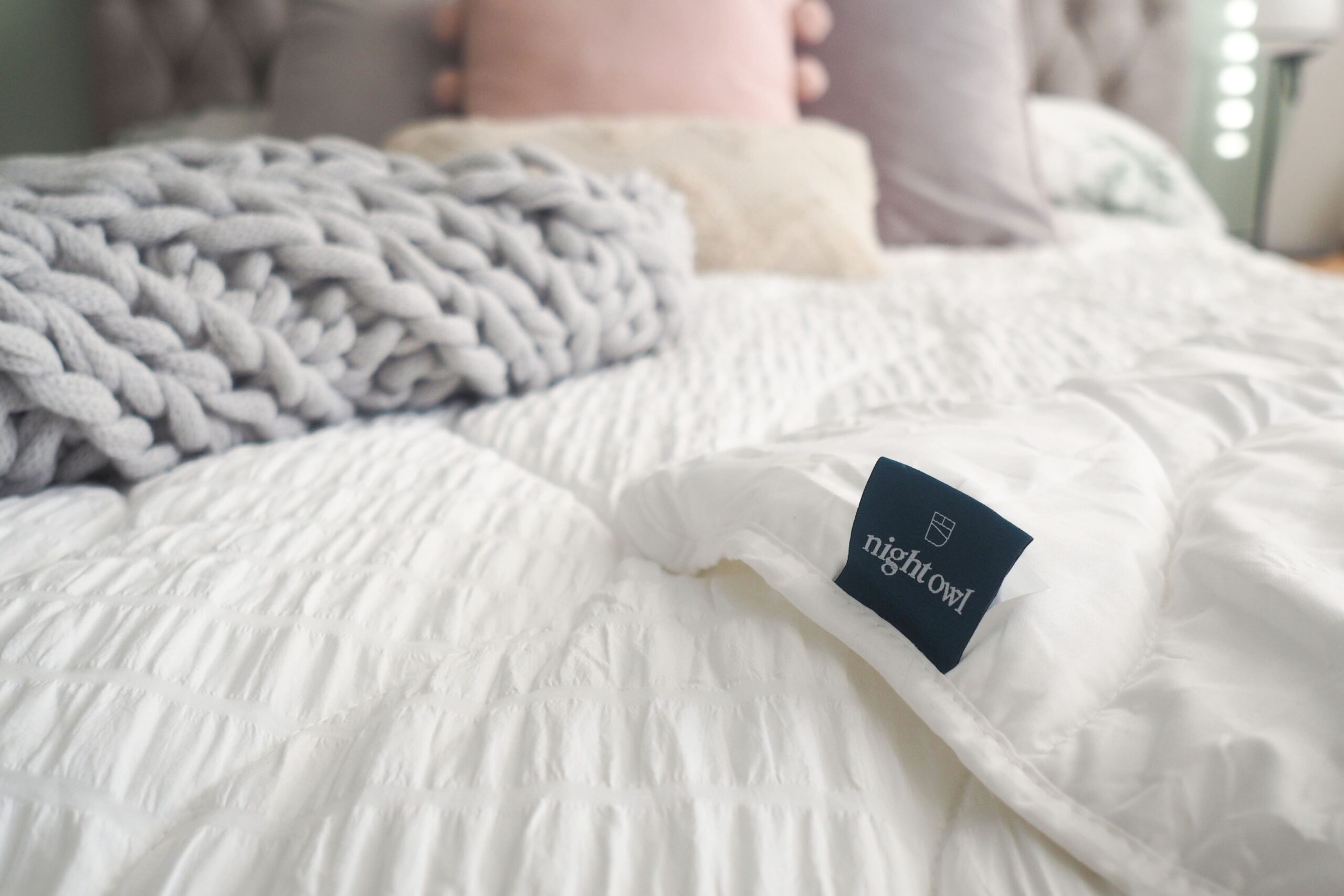 The duvets are designed to go into your washing machine at 40 degrees and take up to just 90 minutes to be fully dry in the tumble dryer. The filling is made of compressible fibres that fluff up once washed and dried. I think it’s a really great way of keeping on top of your washing with as less fuss as possible and is much more hygienic when you think about it. They’re ideal for kids rooms and especially so if there are ever any accidents during the night.

We have a king size bed and I was worried that the larger tog might not fit into our 8kg drum washing machine (besides the fact it would have been too warm for us anyway). So that’s worth bearing in mind when choosing the tog size for your needs. 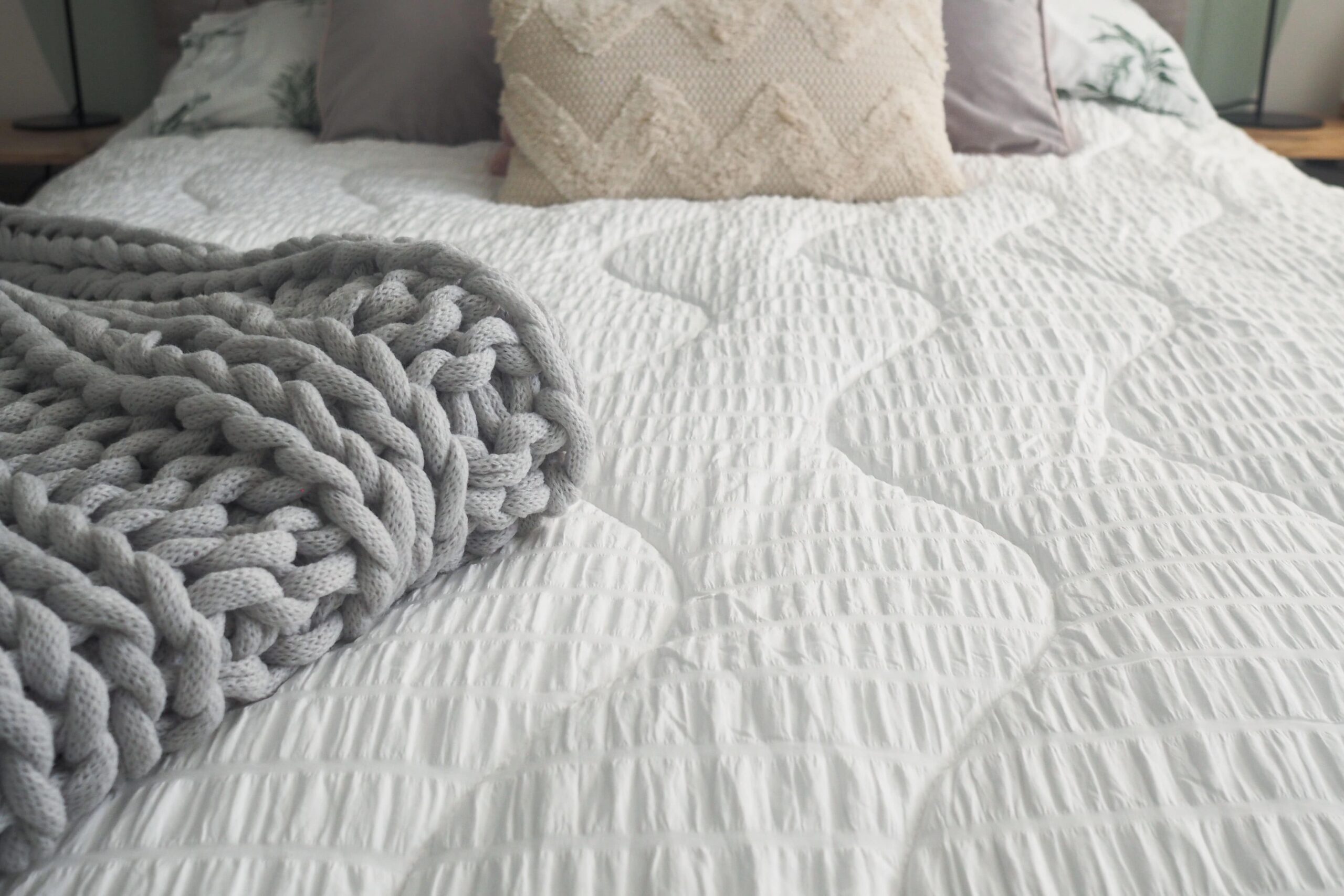 I’m most looking forward to using this duvet during the summer months and I know it’ll be really easy and quick to dry too, even when hanging on the washing line when it’s warm enough. I definitely think that coverless duvets are the way forward and I’ll be looking at getting some for the kids rooms soon… 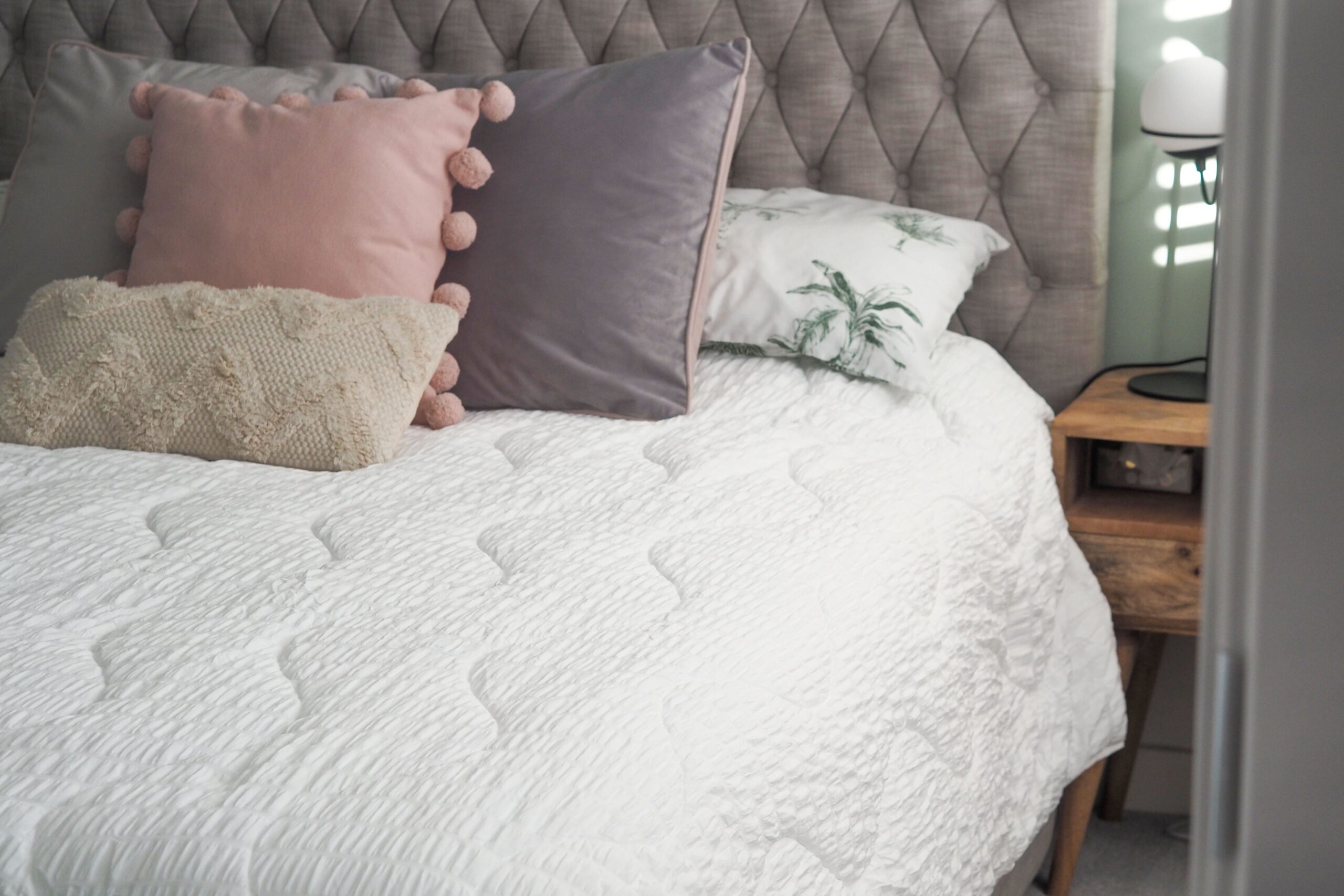 Nb. I was kindly gifted this Night Owl duvet in return for my honest thoughts and opinions.