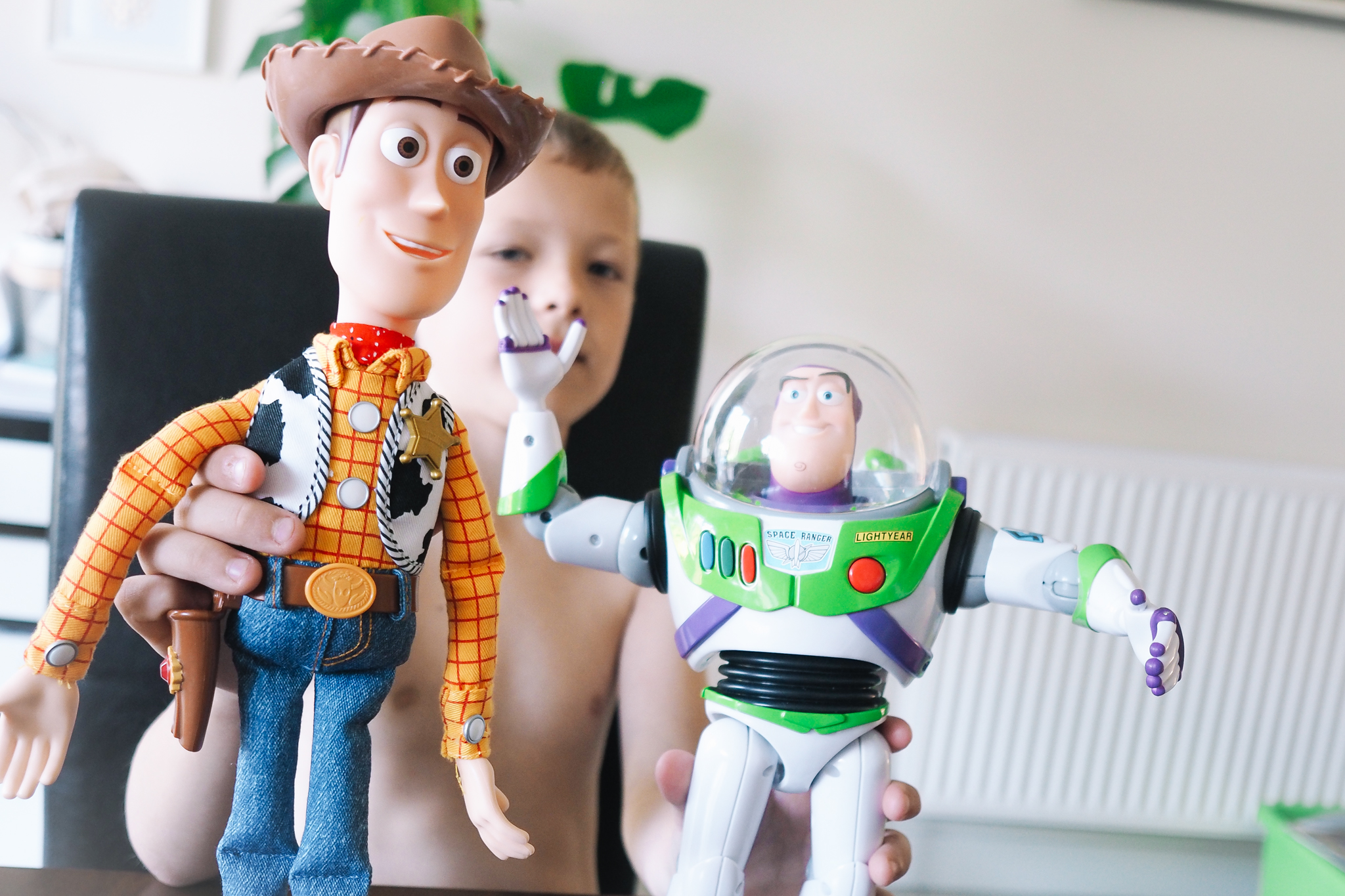 If you ask my kids what their all time favourite film is, they will without a doubt always mention Toy Story. Of course new films will always be on their minds when you see them advertised everywhere you go, but good old Toy Story still has that special place for them…and for me too. 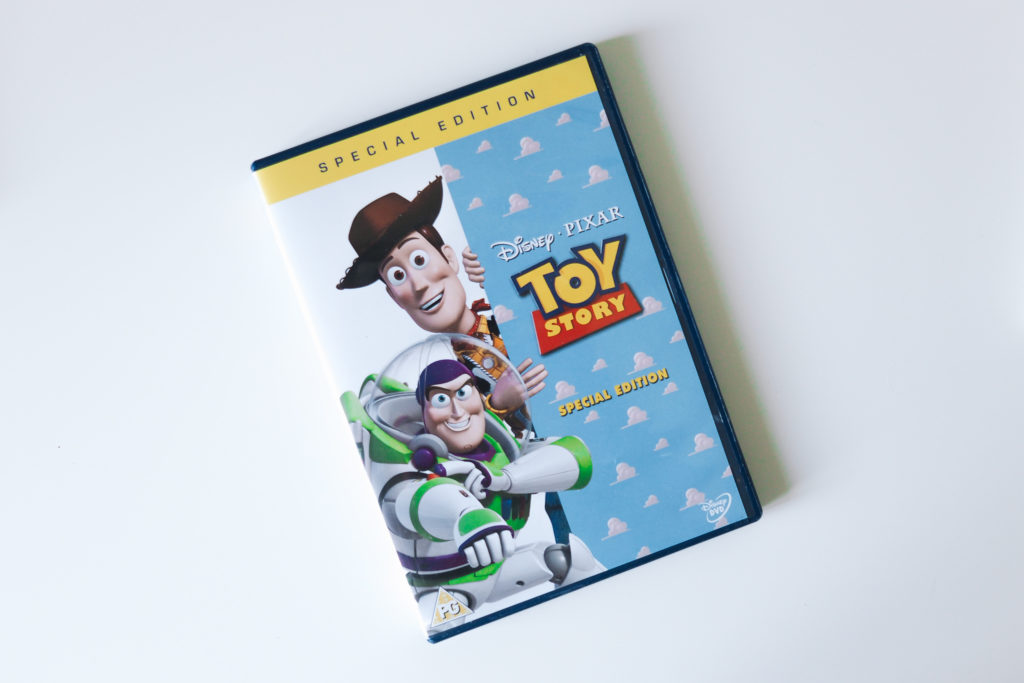 We recently received a Woody and a Buzz Lightyear from Thinkway Toys at B&M, alongside a special edition DVD, throw and snacks.

Elliot has had them both since he was three (along with Jessie who has gone awol) and they’re still picked up now to play with, all these years later. So the boys are thrilled that they can now have one each as it appears that you can never have too many. Although his original Woody mainly resides in his sisters room now, where he is once again loved. 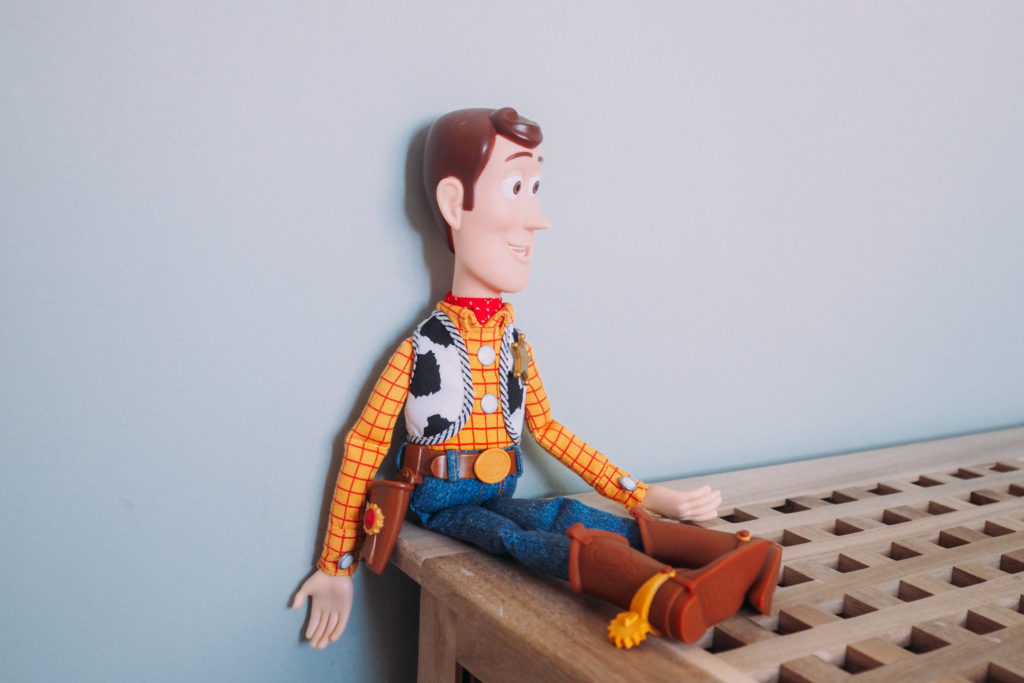 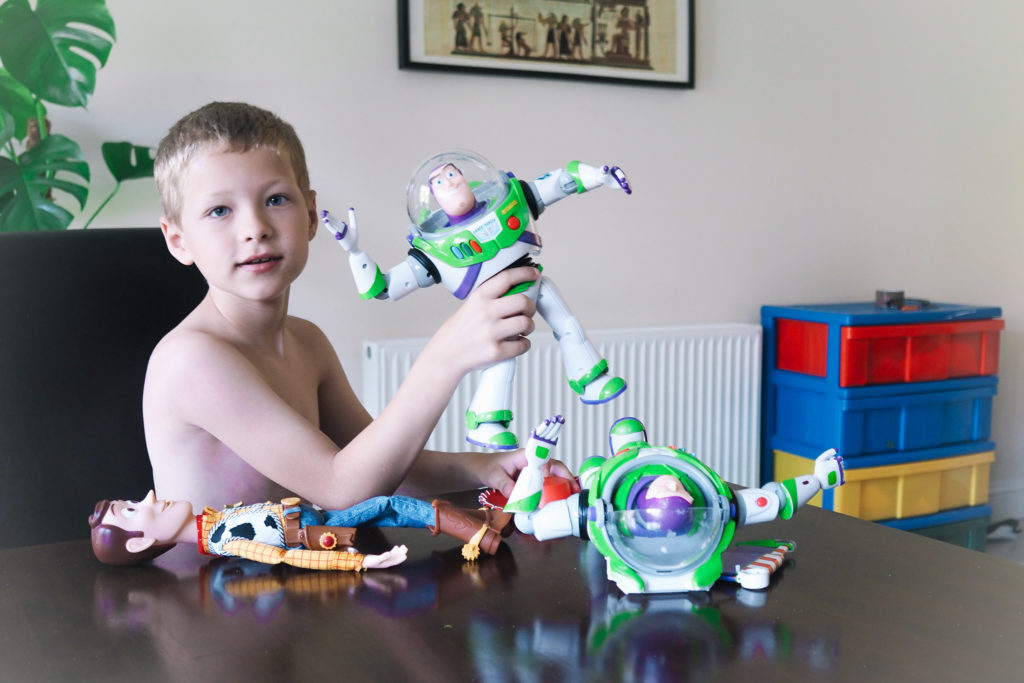 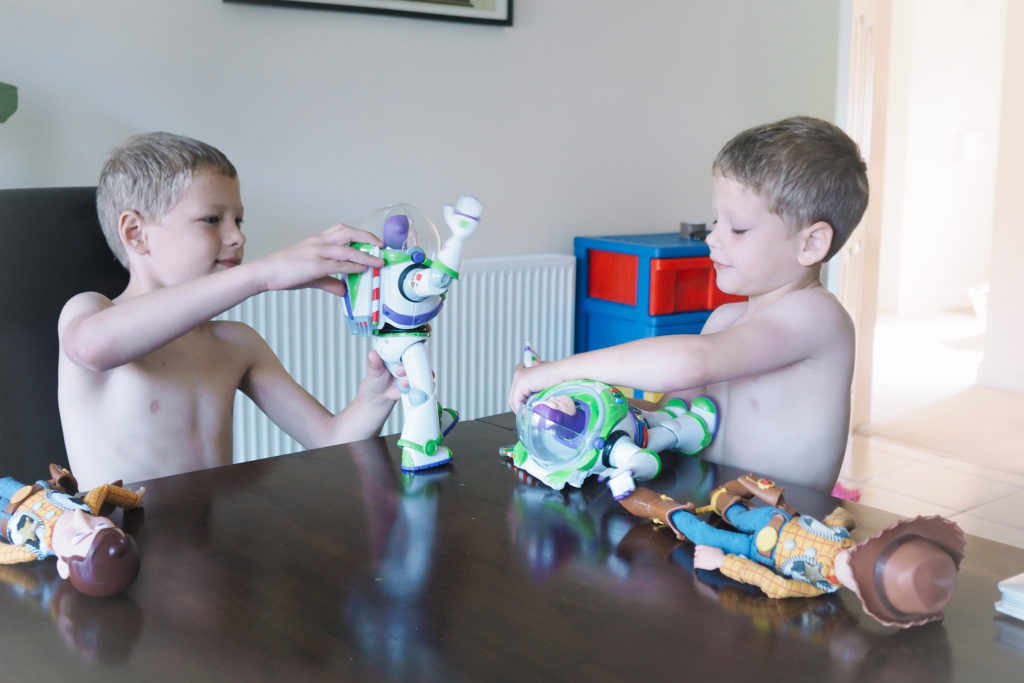 Every now and then we have a movie night as a family. The boys literally bounce off the walls with excitement when we plan one and it’s nice to just to all be all cosied up in one place, enjoying a film and each others company (mostly!). This was also the first time that Georgie got to join in and that made me realise how suddenly she has grown up.

So we all settled down with our snacks to watch Toy Story, alongside a Woody and a Buzz Lightyear. It was pretty warm but it’s still kind of essential to pop a blanket over your lap when you’re engrossed in a film. 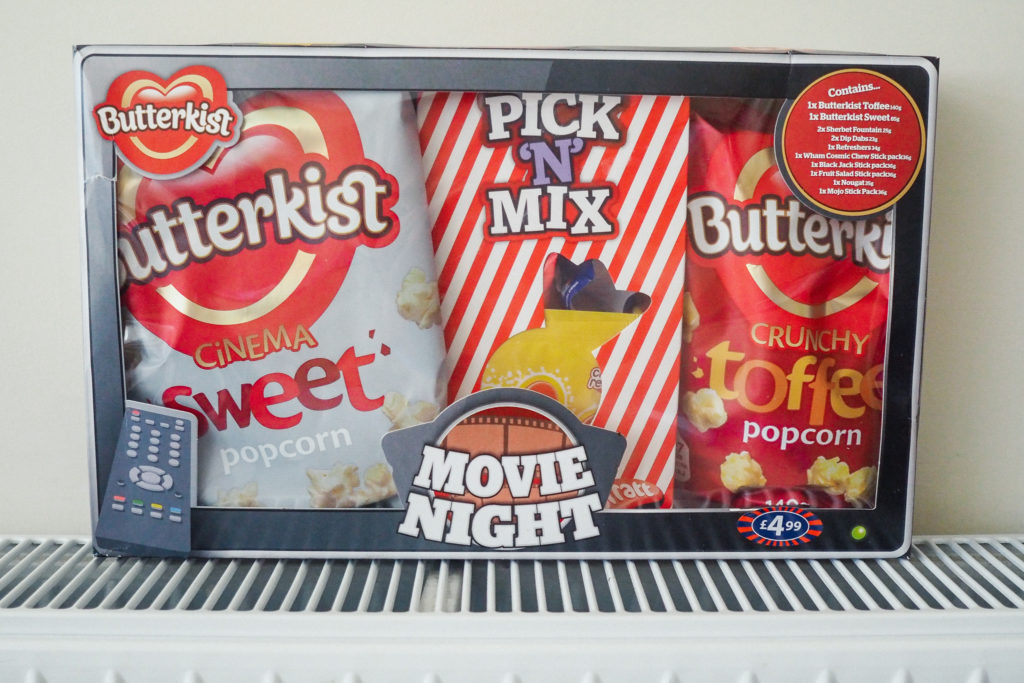 It’s crazy to think that the the original film was released in 1996 and yet it’s still so well loved. I actually think that it’s one of those films that stays with you once you’ve watched it, young or old alike, the concept of toys talking amongst themselves when people are out of sight, is just magical. 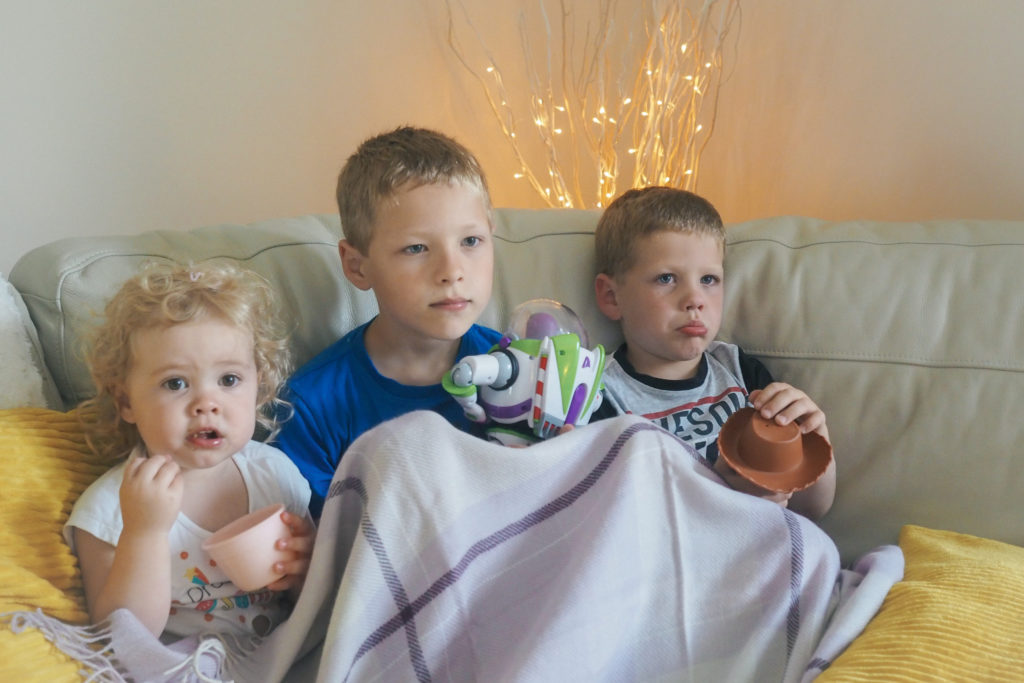 As a kid, your toys are your friends and to think that they might have a secret life with all your other toys, is mindblowing. We all had our beloved toys as kids many do hold a special place in your heart. I remember saying goodnight to my toys that I had lined up at the end of my bed, just like Andy.

We have admittedly watched Toy Story many times already and out of all of the films and the short film (Toy Story Terror) the original is still the best, in our opinion.

The third film is definitely the tear jerker of them all. Who can forget the moment when Woody and all his friends are about to be incinerated? It leads you to believe that the toys would all fall into the pit of fire and it’s quite an emotional one, watching all of the characters saying their final goodbyes. It may be an animated film but it still pulls at the heart strings.

The films are relatable and funny and always touching and we can’t wait for the release of Toy Story 4 in 2019 and you’ve guessed it, we’ll be booking our tickets to watch this one on the big screen, as soon as it’s available.

Apparently the new film will be based around the story that Woody and Buzz go on an adventure to find the one toy who was given away…Bo Peep.

To celebrate all things Toy Story, I will be co-hosting a Twitter party on the 27th June between 1-2.30 pm where you have the chance to win some B&M vouchers. Hopefully see you there… 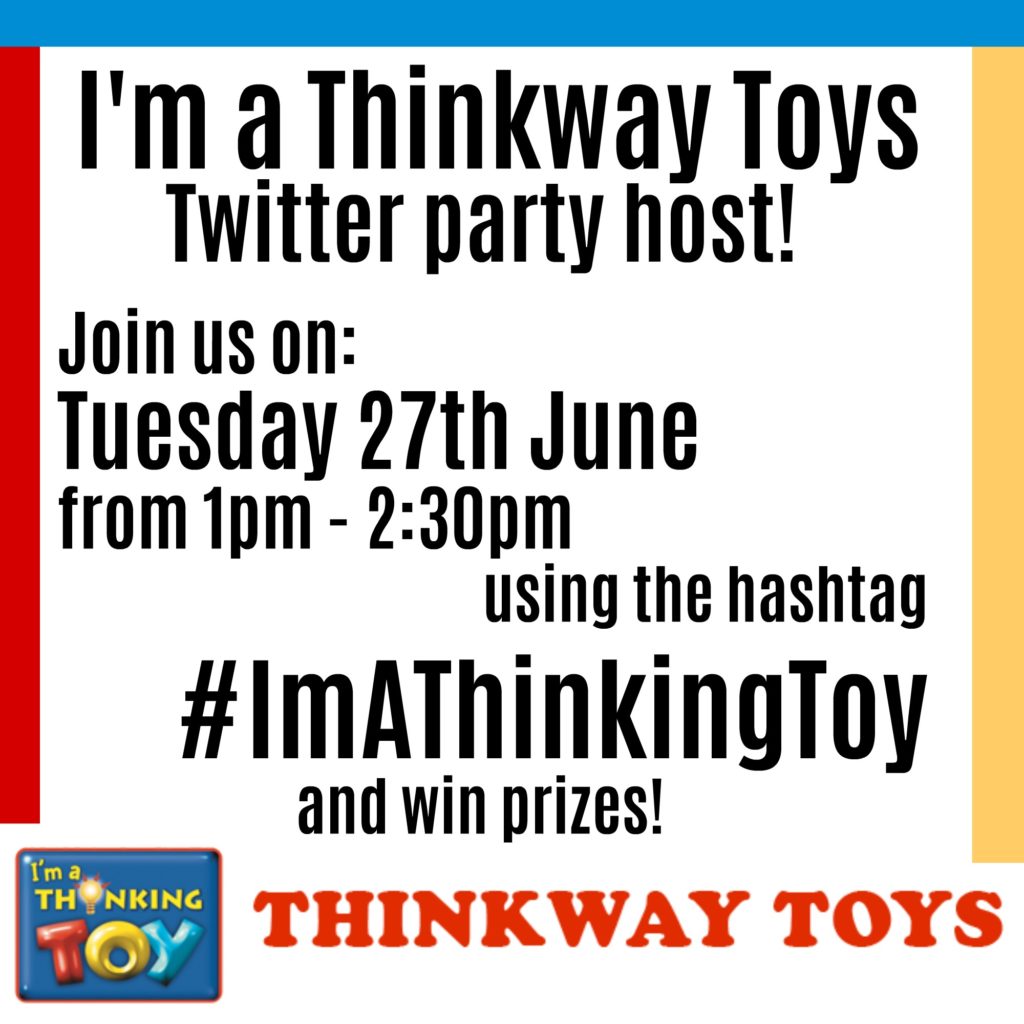 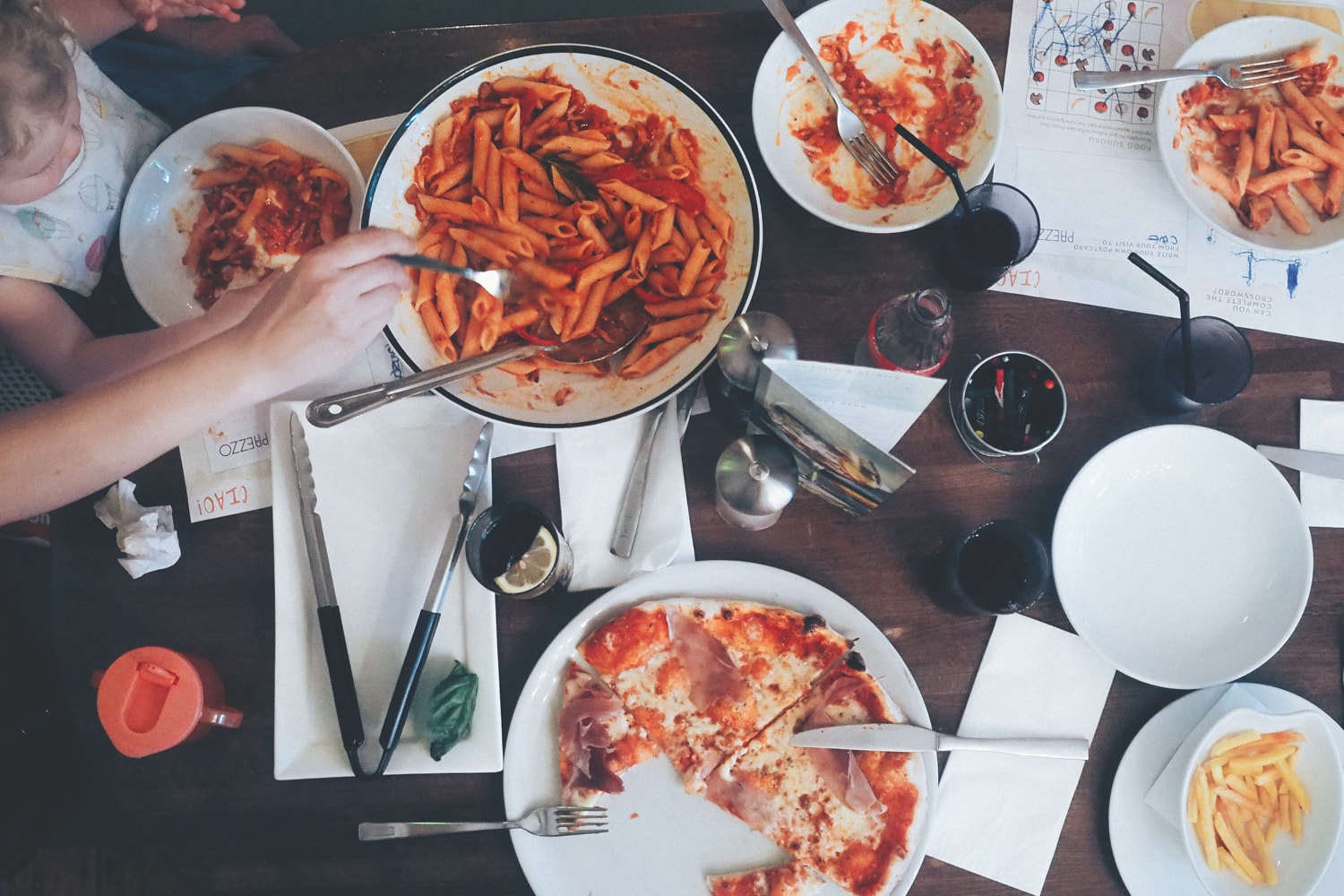 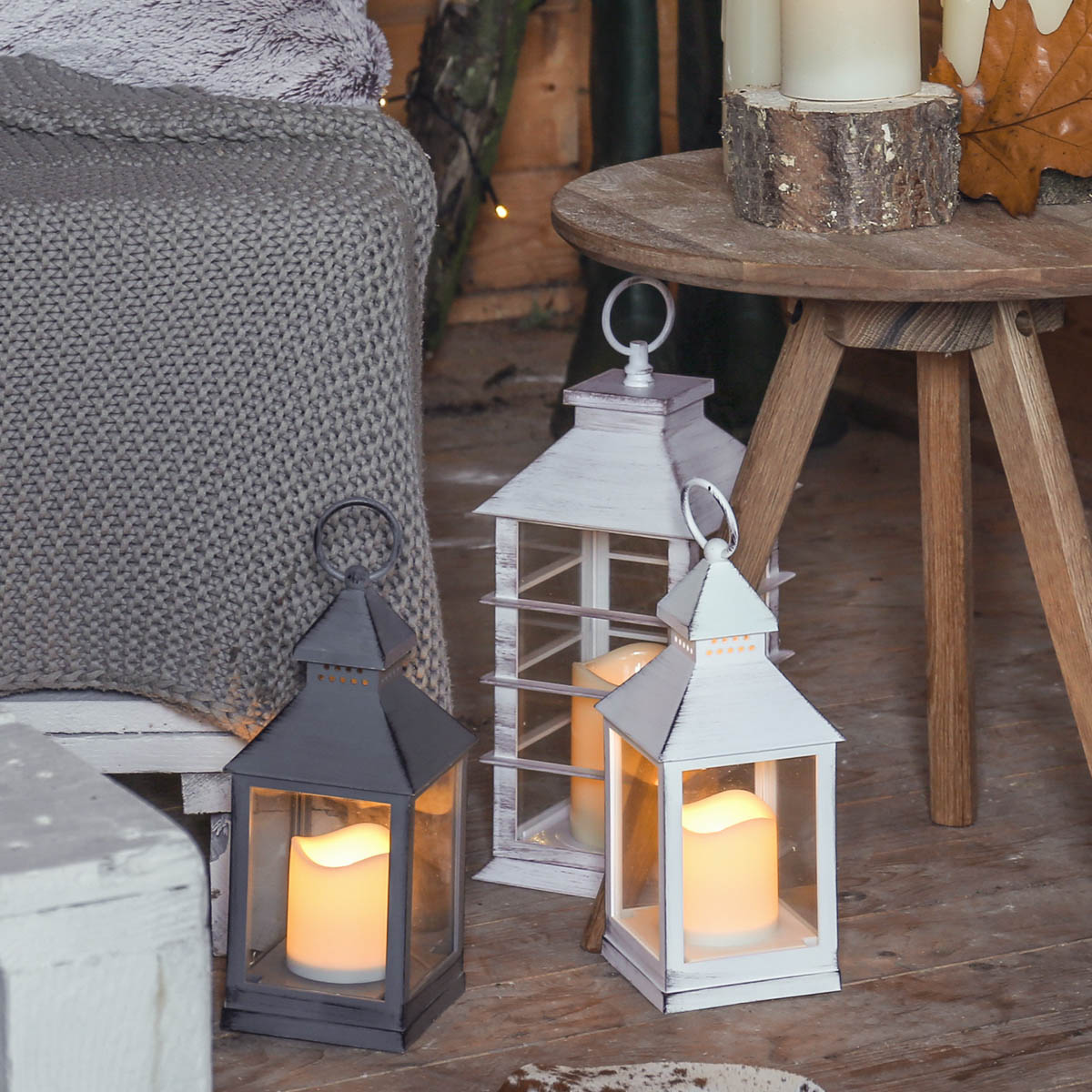