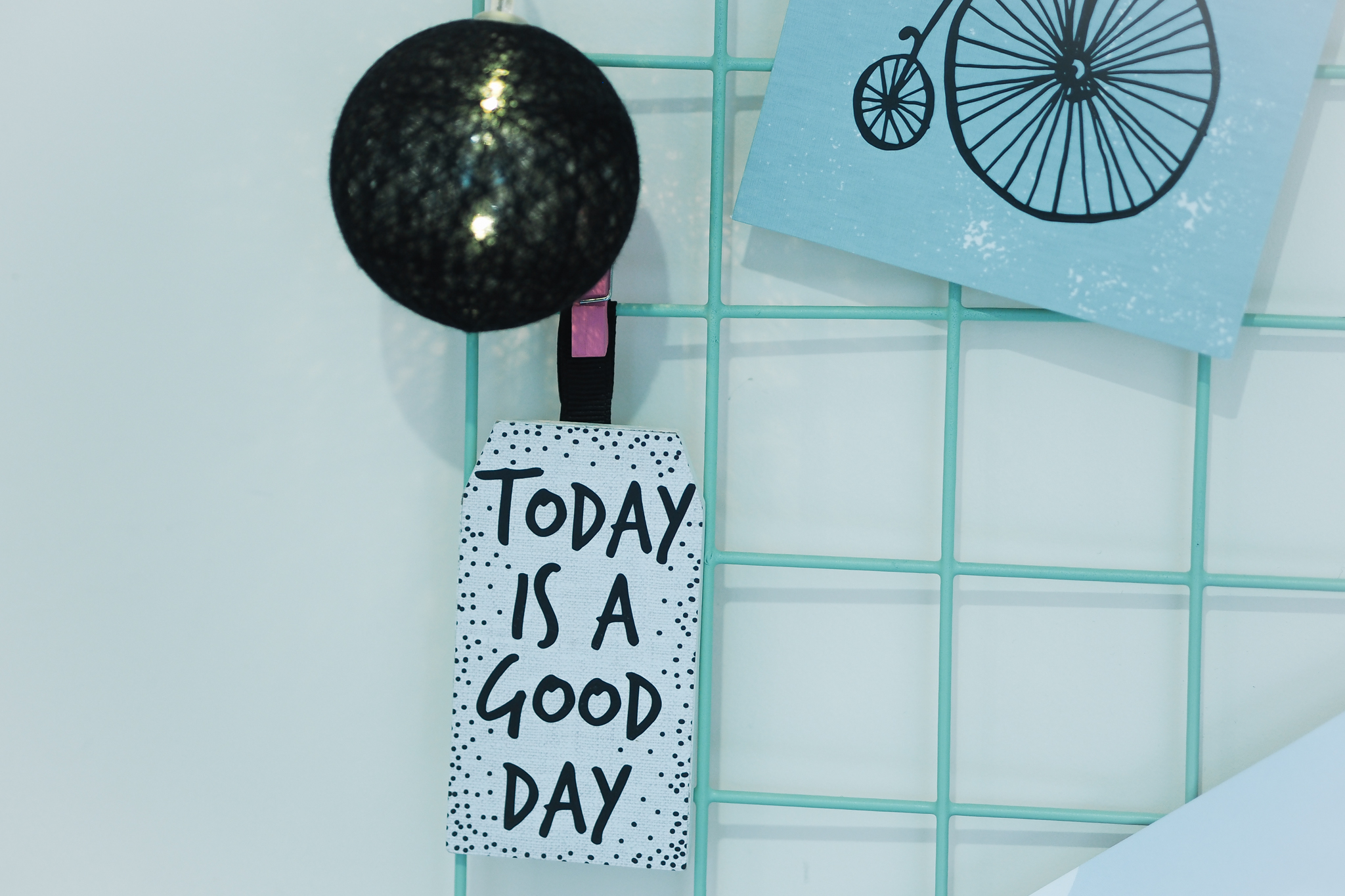 After I posted about my peg board the other day, I’ve been keen to get on with other projects and especially ones that are cost effective and quick to turnaround.

How often do you see ideas that you like but they’re often more than you’re willing to shell out on? I’d been trying to organise an area in the kitchen to hold all of the bits and pieces that we need to remember.  My children are forever bringing home newsletters, forms and party invites from school and they can all too easily be mislaid. Or perhaps more my style…which is shoved away in some place that I can never remember!

So on that note, I wanted something to keep everything in one place but also somewhere that things wouldn’t get missed. The go to place for what’s happening and what needs doing. This is where a memo board fitted the bill perfectly.

Once again, I’d seen the wire grid styles when looking on the internet and knew instantly that I wanted to recreate one on a budget. I love my peg board but that was quite pricey and I was surprised to find that the wire memo boards were also a little steep for what they are made of.

With a little bit of research I found that I essentially just needed to buy two items to make it. The grid was a PVC coated mesh panel from Homebase costing £8.49 and I spray painted it with Kobra Spray paint in Mojito from Amazon costing £4.99.  So just £13.48 in total. 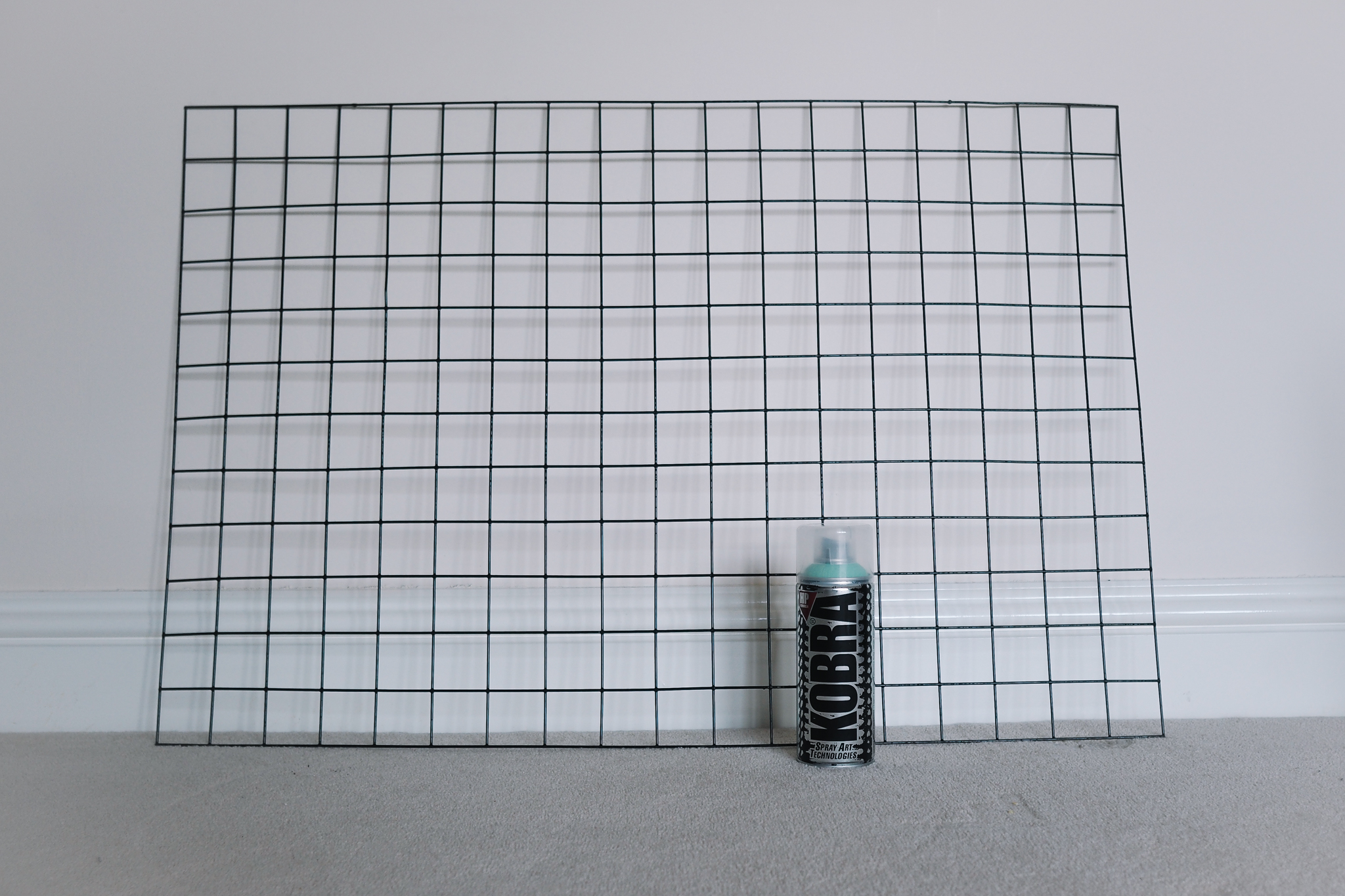 There really isn’t anywhere that you can go wrong doing this. Just find somewhere nice and ventilated to start spraying the panel and obviously on a surface that is suitable for spraying paint on. I chose to place it on cardboard out on the lawn, so that the fine mist of spray wouldn’t get everywhere. 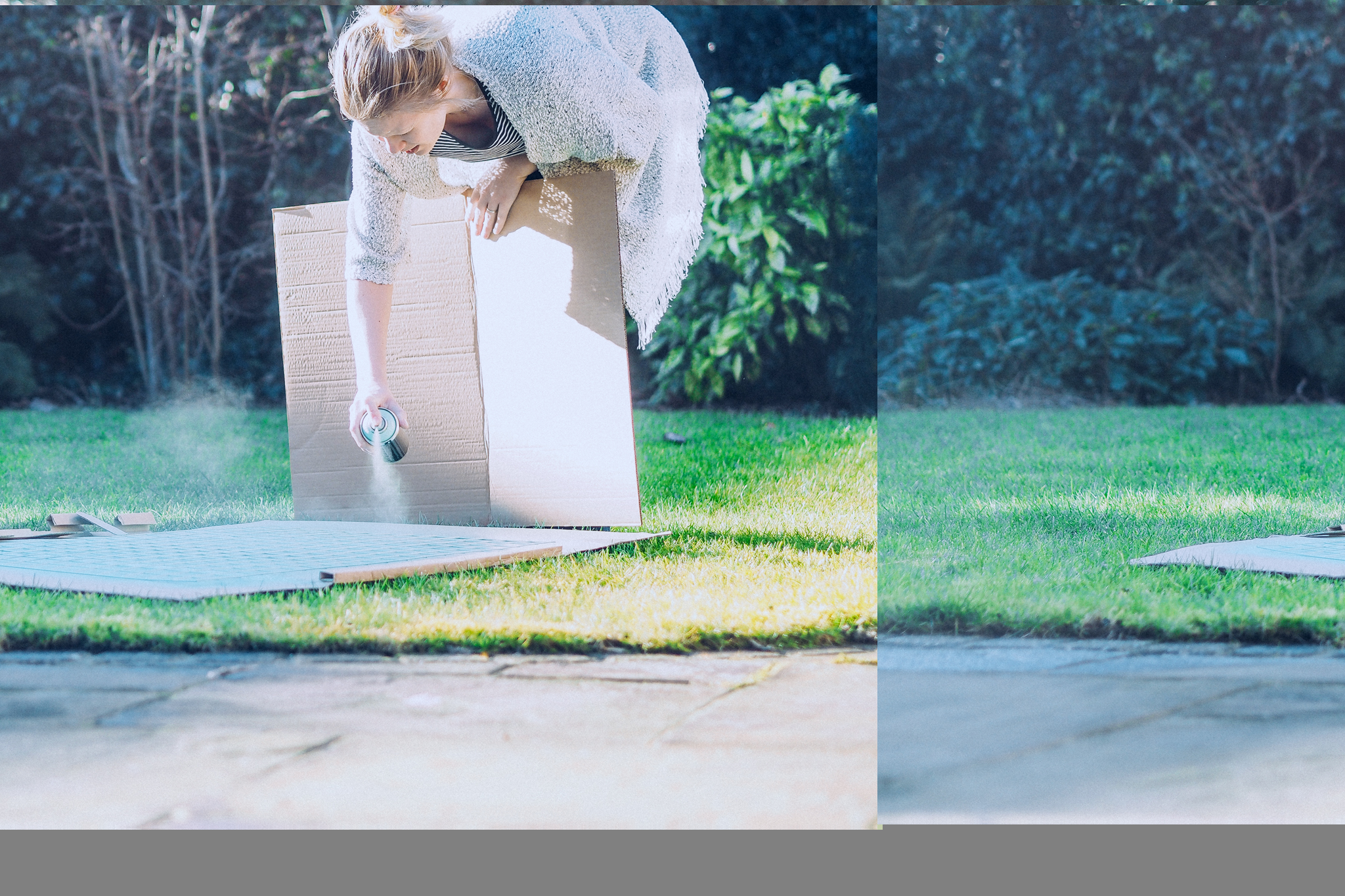 Then it was a case of spraying all over repeatedly until it was completely covered. I then waited for it to dry (which was really quick) and I then flipped it over and sprayed the other side. 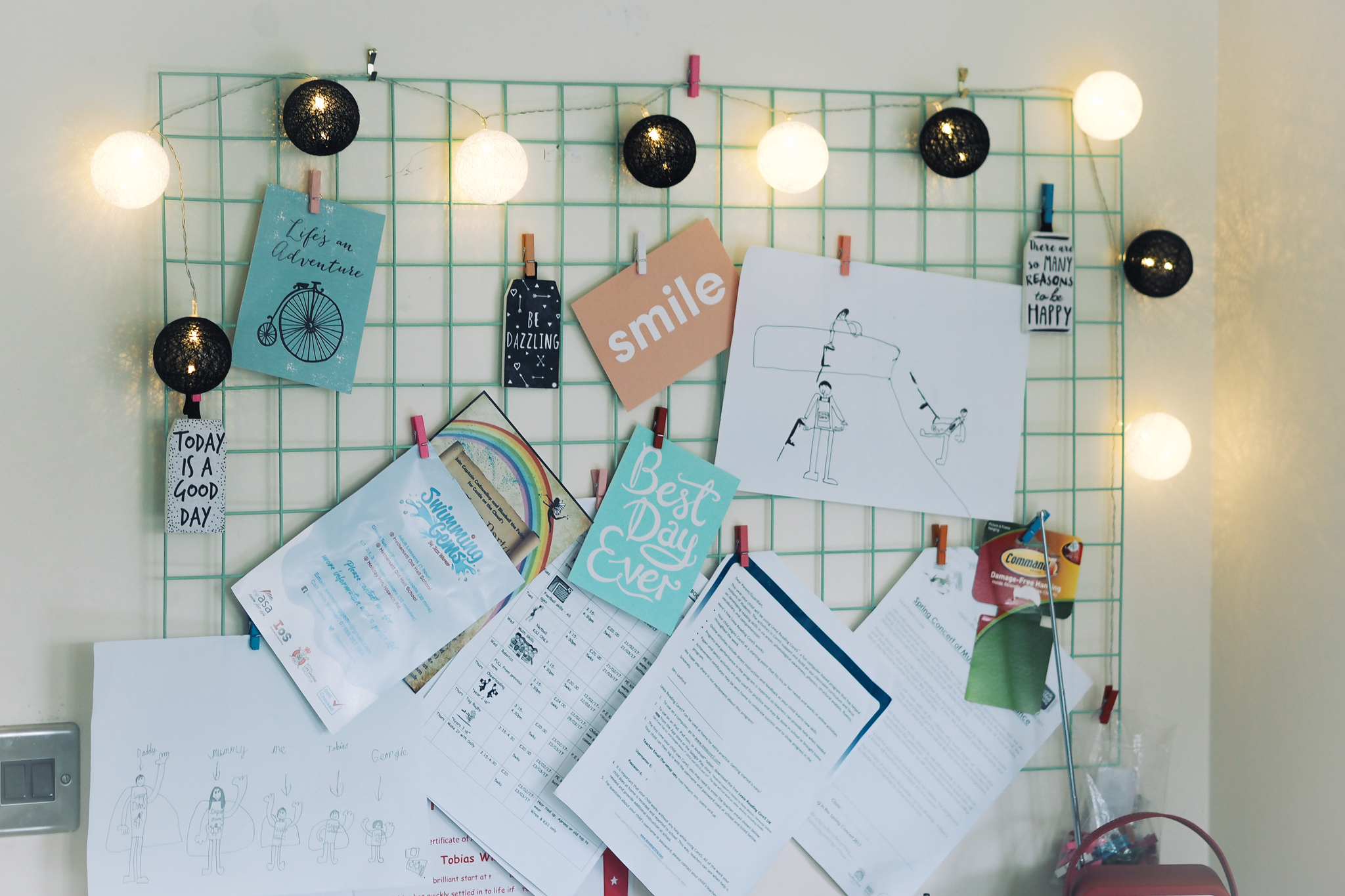 Then once it was dry, I mounted it on the wall using simple picture hooks. It’s so lightweight that even a couple of small nails with bulldog clips attached would work just as well, and look inkeeping too.

Once the memo board was completed, I then had to find the most useful place for it to be hung. I had originally earmarked it for another place in the kitchen but when I thought about the practicalties of its positioning, I had a rethink.  So I ended up shifting some furniture and making this space the new memo area, which doesn’t involve tripping over chairs to get to and because everyone passes it, things can’t be forgotten (hopefully).

Here I’ve draped some lights around it (bought from Primark a couple of years ago) and used some mini coloured pegs from Amazon for £4.99 – this is a totally optional extra though. 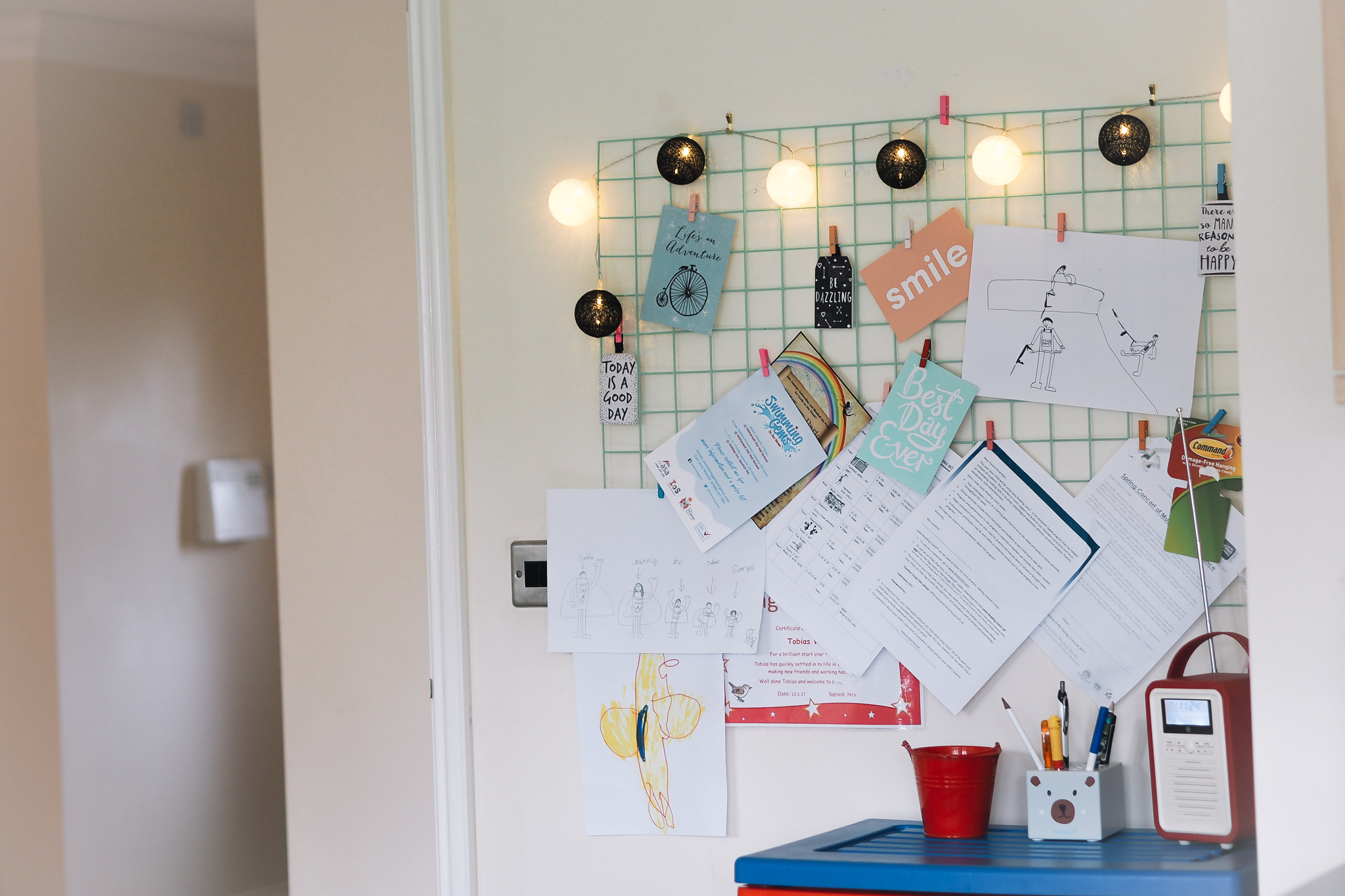 So this is how simple it is to make a wire memo board on a budget to keep you organised. I think that it looks just as good as any that you’ll buy ready made 🙂 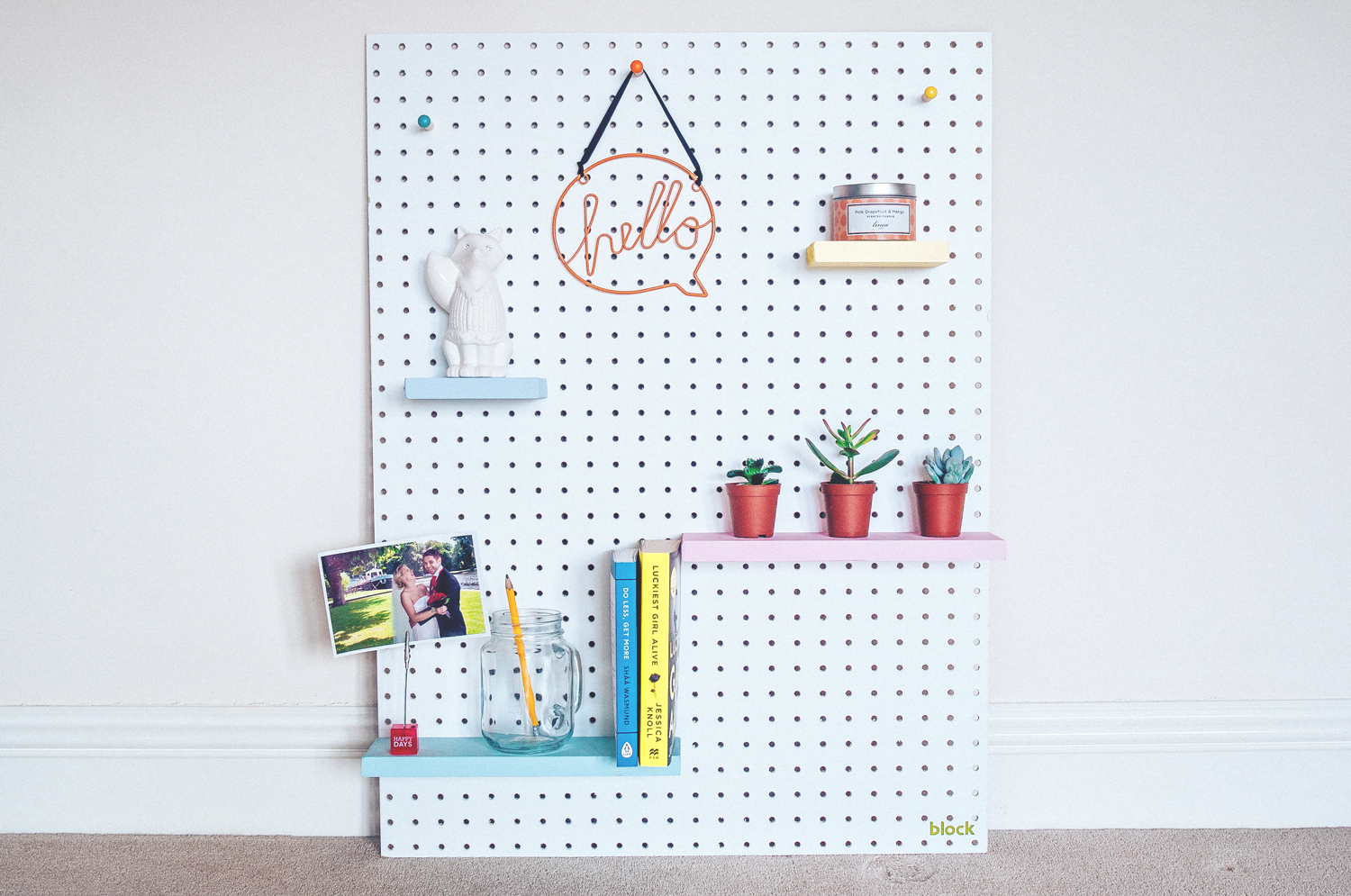 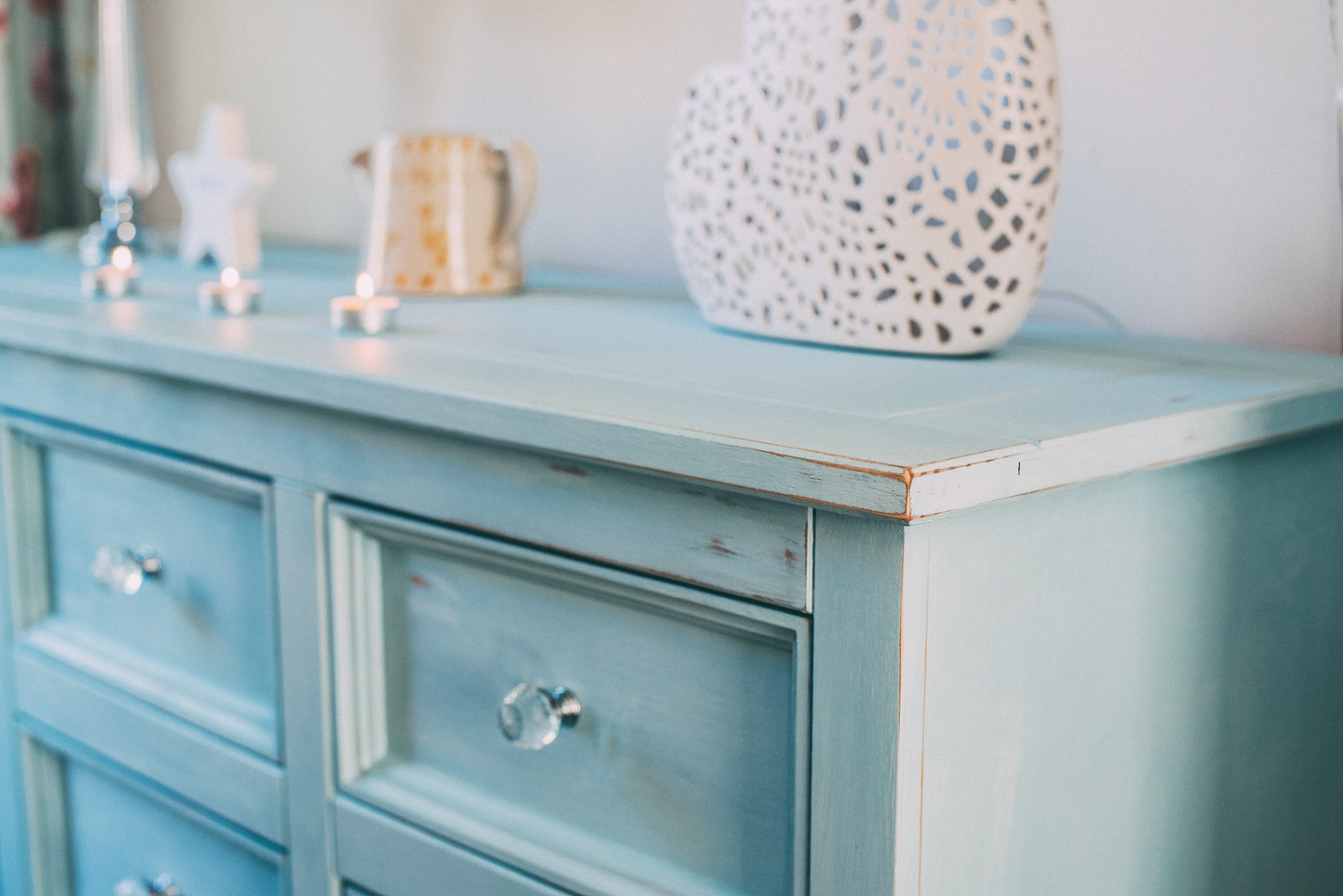