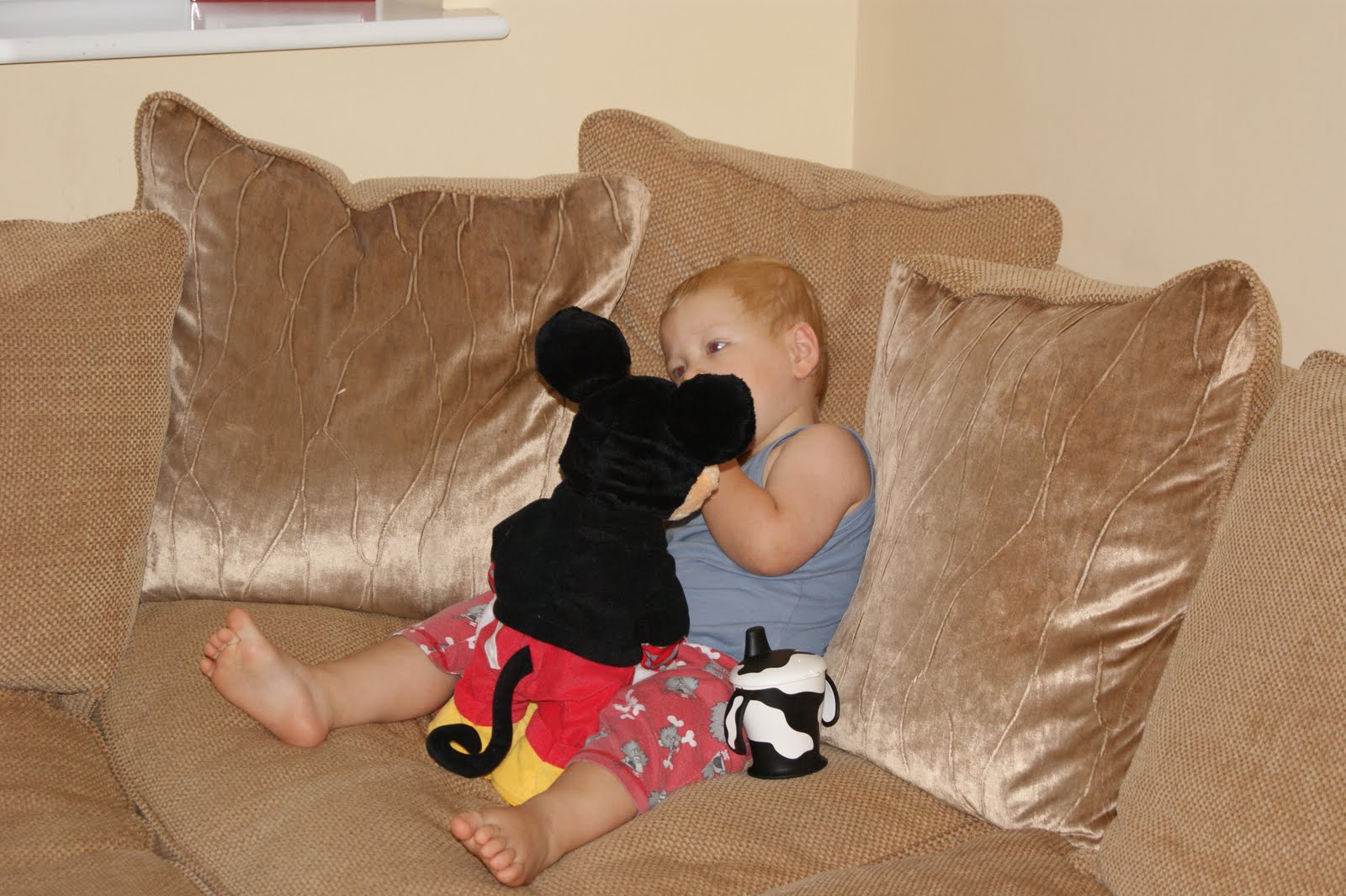 Beastie and I were very excited to review Dance Star Mickey. Ok, well it was just me who eagerly anticipated his arrival but he was worth waiting for. We both squealed when we unwrapped the box and took him out. I couldn’t get him out of his packaging quick enough but as usual toys are designed to simply not take apart from their packaging. Eventually we freed him and the fun commenced…

In case you aren’t aware of what he is all about you can see the official YouTube link showing street dance group Flawless having a battle of the bands style dance-off with Mickey himself.

Before I knew it Beastie had found a new friend and they were inseparable for the rest of the day. He treated him verymuch like a new puppy (poor Mickey) and took him everywhere. Now Mickey isn’t your average cuddly friend, he’s decidedly ‘uncuddly’ but then that’s because he has a very important function, he dances (amongst other things). We were impressed to see he can work his way across the room, turn, wave his arms around, clap his hands, move his head and talk/sing along with the music. There are six different tunes, for some variation and Mickey even moonwalks!

The only negative aspects to Mickey are that he is quite noisy and clunky when he moves around. However this is understandable, he has a lot going on to keep him going and perform all his moves. Although he is pretty robust I wonder how he will fare with a heavy handed toddler. He is grabbed mainly by his ears and arms and I am not sure if they are up to this rough treatment, but so far he has managed to survive. He has even hugged him so tight that you could hear the motors wurring as the arms and legs couldn’t move, again no harm. He even warns you that lying down is not a good idea!
Mickey is a great interactive toy and has provided lots of fun this week and I expect he will remain a hit for some time to come. He is great for encouraging children to dance along to the moves and it’s an added bonus that he is interactive depending on what button is pressed, if Mickey is left standing, he will let you know.

Beastie demonstrates some of his moves along with Mickey. Some of the tunes are really good and some are to say the least, annoying but then you have to expect that with children’s toys. When anything is on repeat it will start to drive you crazy. Having said all that, it’s a toy and that’s what kids want.

Our verdict? We think he is a whole lot of fun and is a toy that can be brought out again and again and still be great entertainment.

Dance Star Mickey is available from Fisher Price and if you want to find out more about him you can visit the interactive site here.

Nb. I was kindly sent Dance Star Mickey to review. I have shared the experience and expressed views that are entirely my own.