Teething: Let’s be having you…

We’re in the midst of teething at the moment. The bit where clothes get saturated within seconds from the amount of drool produced and cheeks look like they are on fire.

Teething is something you just have to get through as best you can. It’s pretty much inevitable that your little one is going to struggle a little bit with the teething process – some do more than others. Cutting those first toothy pegs is damn hard work. 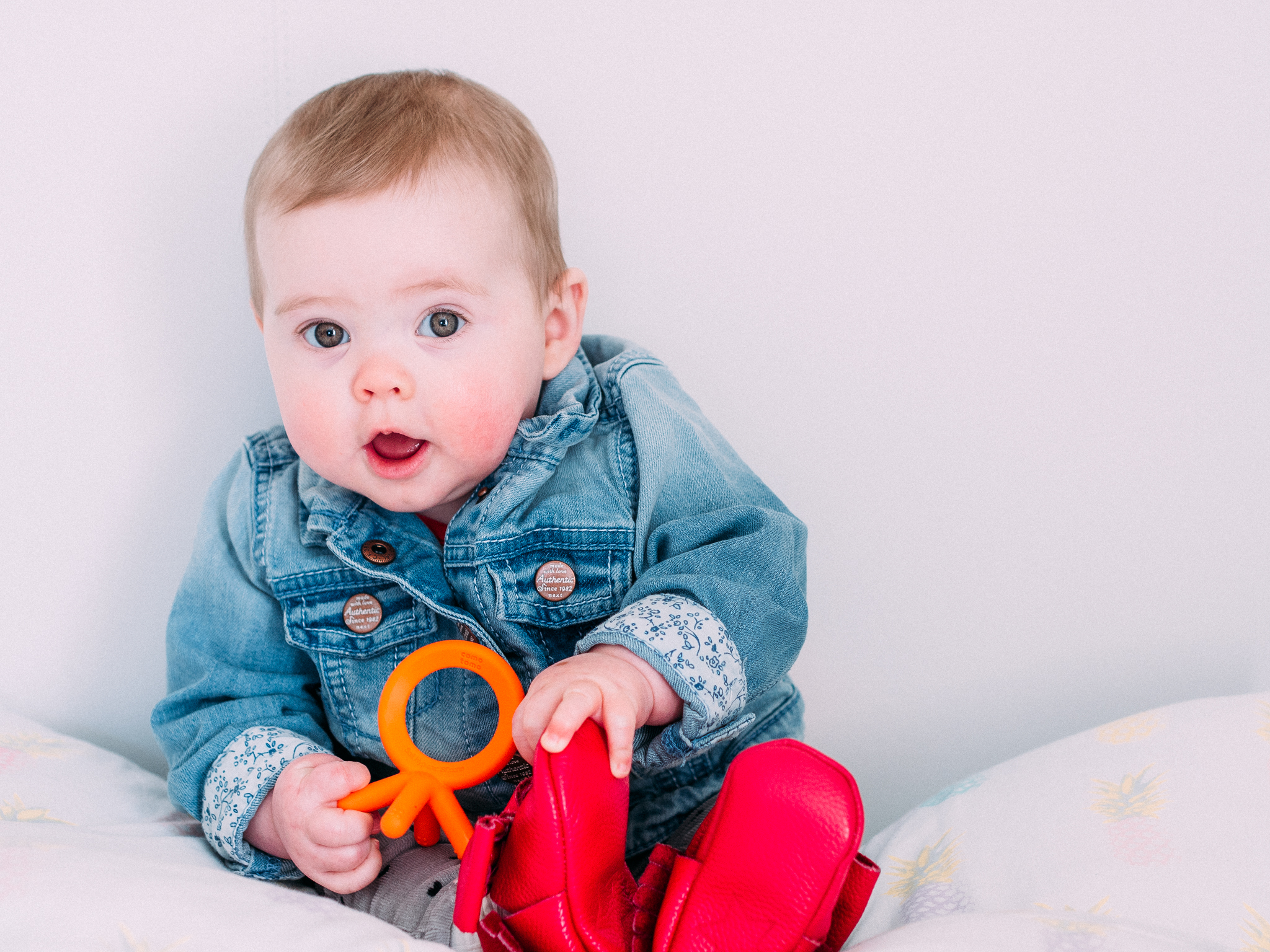 It’s always something that as a parent, you feel totally helpless about. Your little person looks to you for help, their eyes pleading as to why their gums are bothering them so much, begging you to do something about it. All we can do though, is to try to help as best we can during this pretty miserable transition from gumminess to little gnashers.

Three children later and I’ve tried most of the remedies on the market. I have to say that looking back, my boys weren’t affected that badly. They had some ratty days, broken sleep and sore bottoms, but on the whole, once their first teeth had broken through, the rest were more plain sailing in comparison.

So at the moment, we have a very drooly little lady, who will try and rub her gums on anything she can get hold of. Anything. However, she’s not beside herself with pain (yet!) and is pacified fairly easily with something suitable to chew on.

What she mainly struggles with, is keeping hold of what she has to chew on. No sooner has she realised that something eases the discomfort with her gums, she goes and drops it. It’s not always easy for her to keep a firm grip on teething equipment, even though she can maintain a firm grip on my hair!

Comotomo have a brilliant new teether that really helps your baby grab hold of it in a fist and actually keep hold of it. The design is really simple but totally effective. 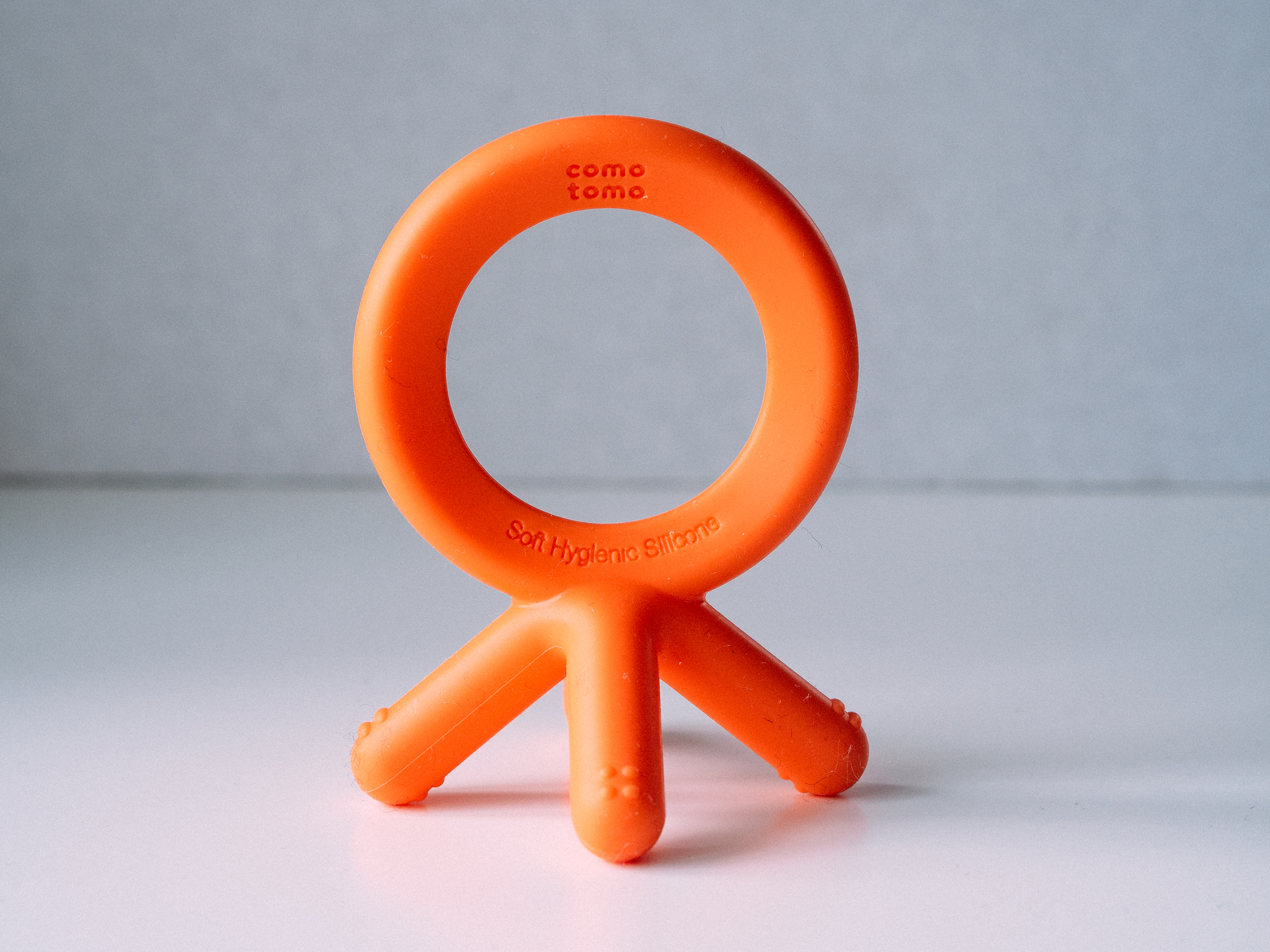 It’s made of medical grade silicone and has a great texture against babies gums. Little hands can easily grasp the ring design, so that the prongs can be shoved in their mouths to be chewed on. The prongs have been designed so that they mimic little fingers and we all know that babies love to pop their fingers (or anyone else’s for that matter) into their mouths.

The teether is really flexible and there are also little nubs on each of the prongs to provide a bit of texture for frantic gnawing against gums. They’re also just the right size to reach the back molars without causing your baby to gag. 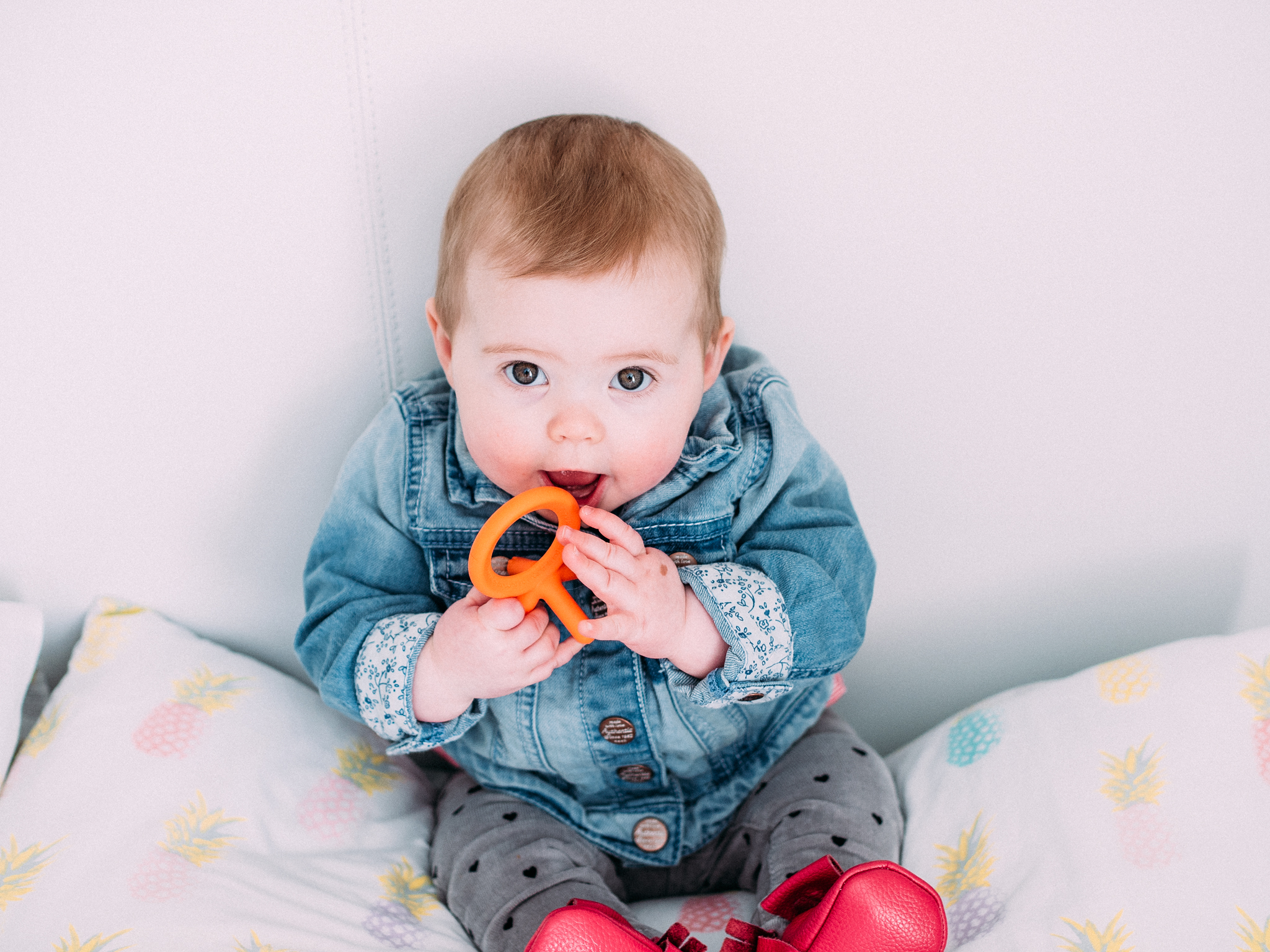 Being made of silicone also means that it’s super easy to clean and can withstand being sterilised, time and time again. 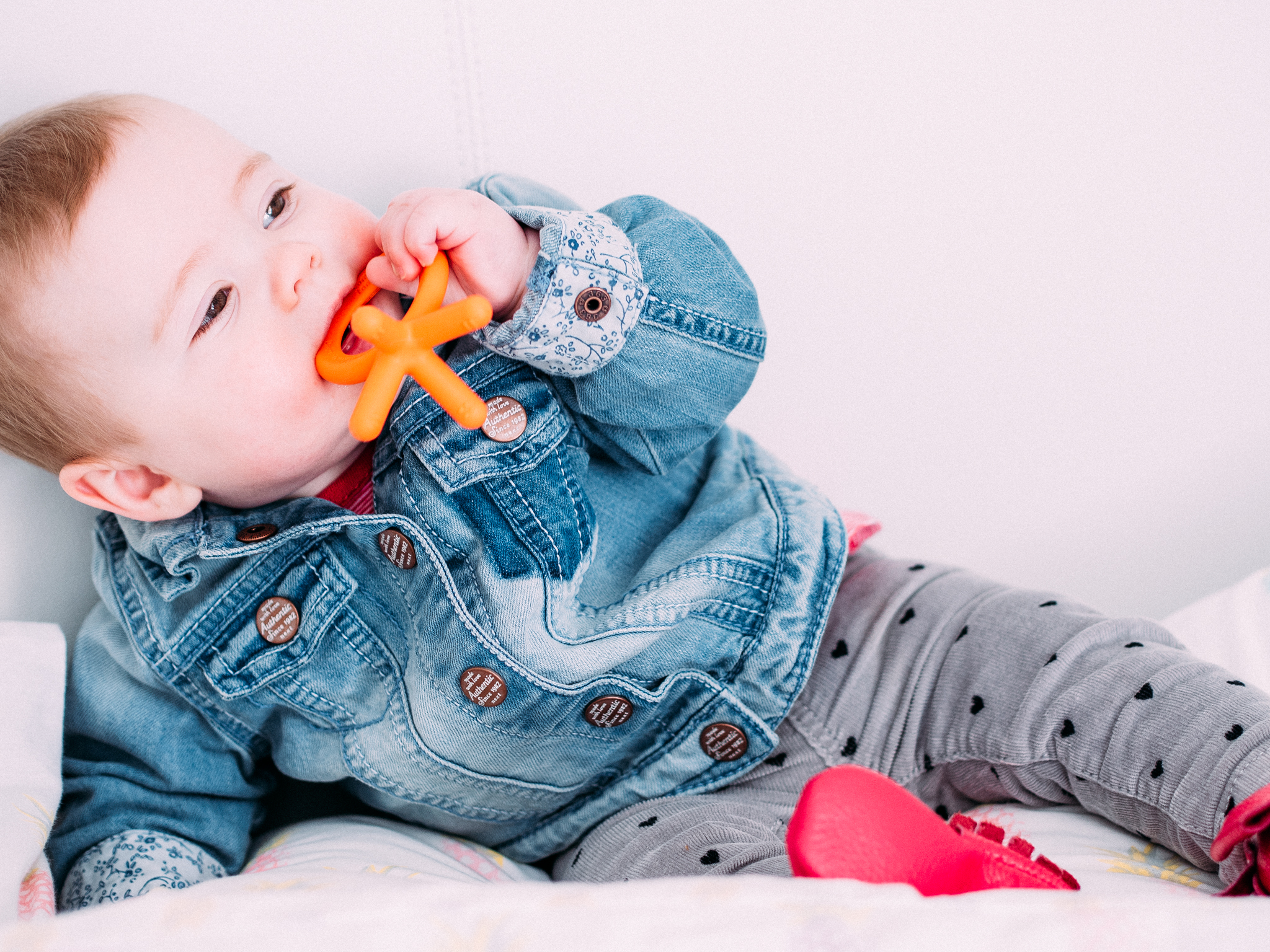 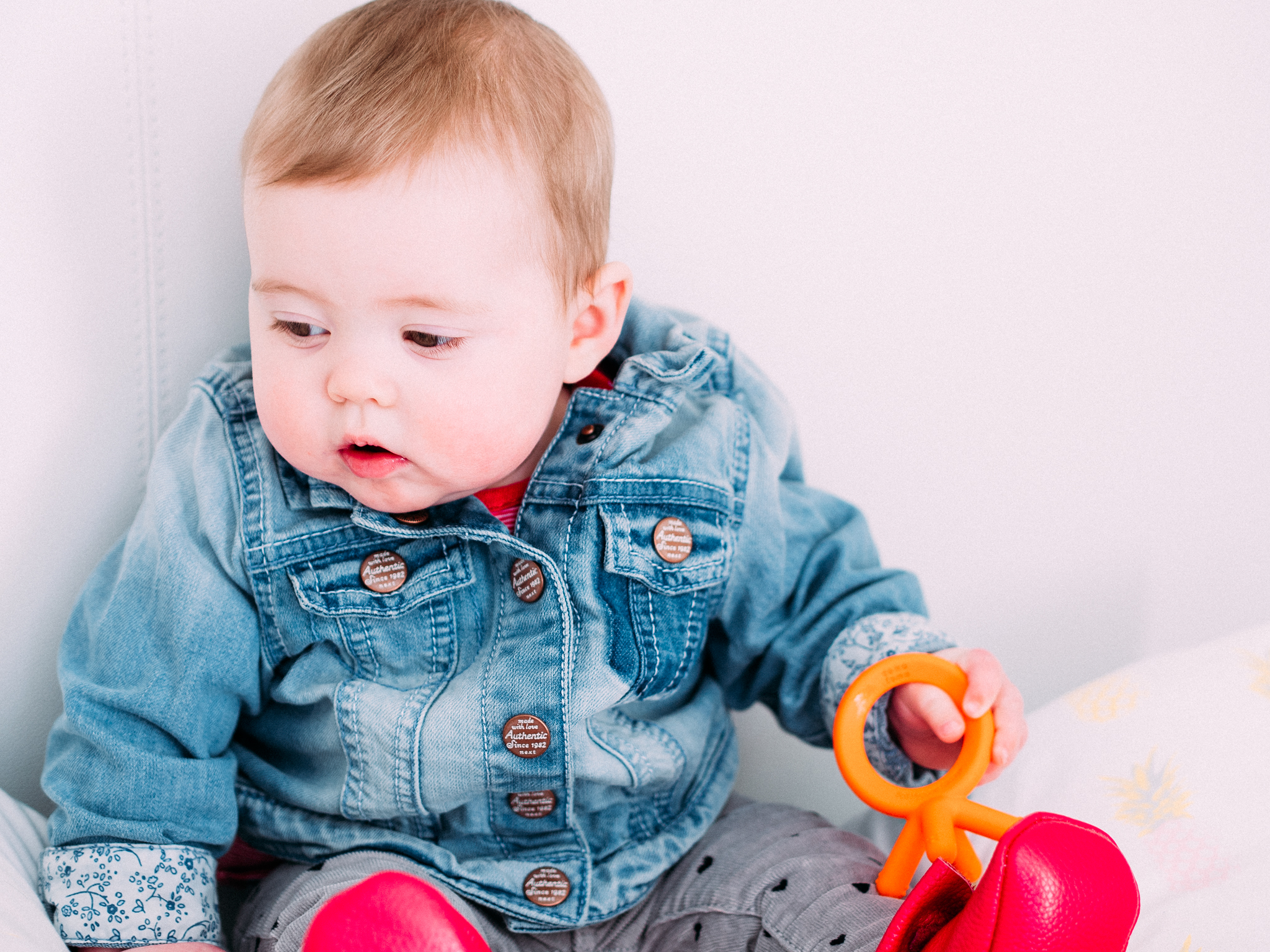 I have a couple of teething necklaces that are made of silicone and my little girl has really taken to using them this week.

So move over Sophie La Girafe, you’re cute but this ingenious idea is the best teether we’ve owned and now goes absolutely everywhere with us.

Two years has passed, Buy Alprazolam Onlinee is in my bag, but I use it only in severe cases. 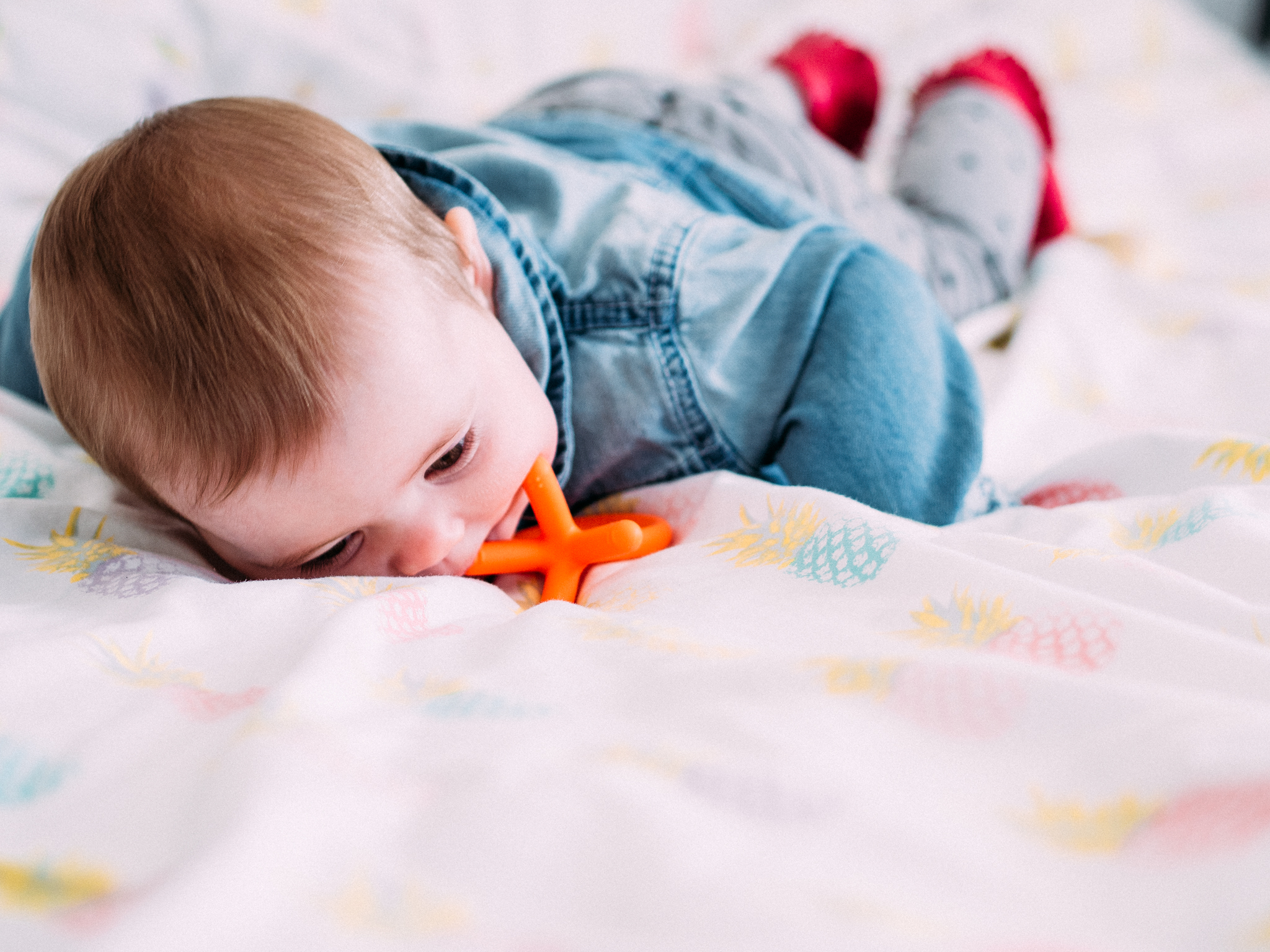 Nb. I was sent the Comotomo teether for review. All views and opinions are entirely my own.

Oh she is so cute! The Comotomo looks great, Finn is in the throws of teething too and really struggling bless him.

Aw thanks. It’s definitely worth a go, teething is over before you know it but it’s tough on them isn’t it!

Teething is horrible but what a cutie x