Listography – What I want to be when I grow up

Now I sat for a while trying to remember what I dreamt of becoming when I was a nipper and looking at everyone elses entries so far, mine are to say the least ‘bog standard’ and ‘run of the mill’ aspirations, but here they are nonetheless…


Now I can’t remember what order most of these come under, some include the fad at the time that made me dream this was the career for me! See all the other entries at Manana Mama‘s blog, who is hosting Listography this week as she came up with the great topic.


Coming from my adoration for animals, don’t get me wrong I still adore them but not in the obsessive way I did as a child. Born out of watching All Creatures Great and Small, crying at Dances With Wolves because of the horse and wolf dying. Basically any horse gunned down during battle was excruciating for me, sod the humans. Ultimately I realised eventually I was to be academically challenged in this pursuit…and I didn’t much like the idea of putting animals down or putting my hand up a cows backside.


I briefly pondered over this during my stint doing ballet, which I soon moved on from when I got bored of it and my toes hurt. I remember also convincing my friend to boycott it too much to the disdain of her family. My friend buy levitra online australia soon moved onto boys anyway!


Now this is a bizarre one for a girl but for anyone who has seen/read National Velvet you will see why. How I ever thought this a possibility is anyone’s guess and I would look absolutely ridiculous (not being teeny weeny). 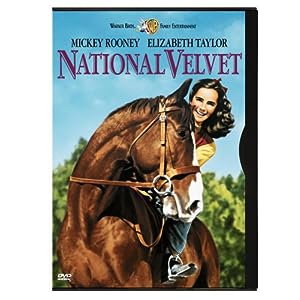 
I remember fantasising about living in New York and thinking what a magical place it was. Nevermind the fact at that point the crime rates were sky high. I have since been to New York on my honeymoon and the sheen was well and truly wiped off due to morning sickness, unfortunately memories of New York can evoke the ghastly feelings of nausea! Our timing conceiving pre wedding was superb to say the least…Definately a place to visit again (properly).

This one I actually managed! Hoorah. I did this for 18 months when I was 20 and I can tell you it is not glamourous in the slightest. The highs were visiting some great places, the lows were mopping toilets after people had defaecated on them and staying in mosquito ridden rooms! This is an entirely different story and I may have to write a post about it soon…

Apparently studying to become a vet is a lot harder than studying medicine to become a GP! Also,love the idea of the film star in New York… I share your nausea around the wedding: I fell pregnant on our wedding night!! As for the air hostess thing, as you said, it's not the glamorous life you thought it would be. The same goes for being in PR for hotels (my background is PR for an international hotel)… everyone thinks all you do is wine and dine journalists… yeah, try doing that with someone you can barely drag a conversation out of, until 3am, and then still have to get up for work at 7am! Not fun.

National Velvet is a great film! I had similar toe-hurt issues with ballet, but I agree that it would be a pretty cool job (that is if my toes ever turn to steel). Great list.
~M

I loved that movie.

Award for you at mine:
http://newmumonline.blogspot.com/2011/03/liebster-blog-award-and-sharing-love.html